Message From a Leader: Rosemary Flickenger

Message From a Leader: Rosemary Flickenger 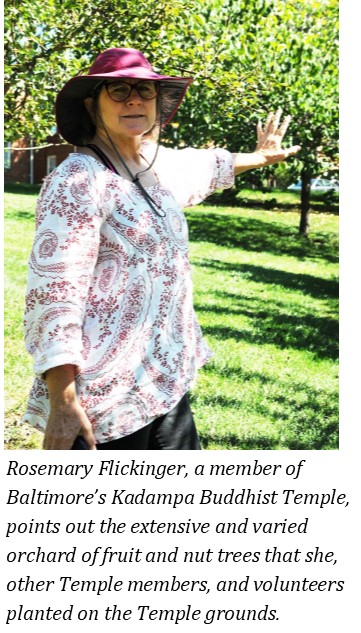 Rosemary Flickinger, a member of Baltimore’s Kadampa Meditation Center a Buddhist Temple, says, “I want others to enjoy the gifts of knowing more about nature and how it is an integral part of our daily lives that directly affects our well-being.” This goal has led her to carry out a series of projects to enhance the sustainability of the temple’s North Baltimore property.

The Temple moved to its current Northern Parkway location in 2014 and its sizeable lot provided Rosemary, who had tended the garden at the Temple’s previous site, a blank canvas on which she could work. Influenced by conversations with friends about sustainability, her first project was planting native trees acquired from Tree Baltimore. She, along with other Temple members and volunteers, planted both shade trees and understory trees around the perimeter of the property. They also planted pine trees in an attempt to establish a small pine grove on an overgrown area near Northern Parkway. 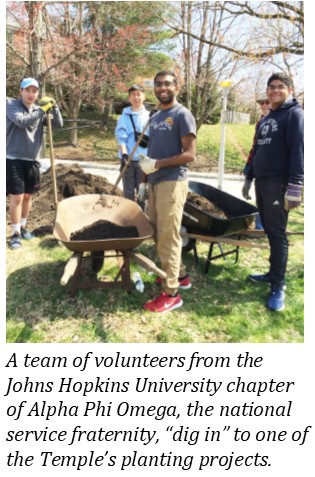 Also in 2014, a Visioning Session facilitated by Interfaith Partners for the Chesapeake at Rosemary's Temple helped identify a plan of action. this plan ultimately led to a grant from the Chesapeake Bay Trust that they were awarded, with help from Blue Water Baltimore. The $30,000 grant was matched with $30,000 of labor in kind to build three rain gardens including a bioswale on the property. These were created to help manage storm water runoff and ultimately benefit the Chesapeake Bay. Later, a retaining wall was built to help direct rainwater away from the Temple building.

The next project for Rosemary and her team was planting fruit trees obtained from Baltimore Orchard Project. This effort began in 2015 with Asian persimmon, Asian pear, fig, and filbert trees. The nonprofit BOP helped with designing the orchard, and Rosemary took a training class offered by BOP and Civic Works, another nonprofit. Since the orchard’s establishment, pear, apple, crab apple, plum, and apricot trees have been added. It, as well as all the other plantings, benefits from mulch the Temple produces from wood chips donated by an arborist and scrupulously collected coffee grounds to enrich the soil.

While Rosemary’s efforts have met with considerable success, at least one of her initiatives has been thwarted—at least temporarily. Faced with the challenge of a corner of the Temple grounds that was severely overgrown with brush and weeds, she discovered a local entrepreneur with a herd of goats for hire. No sooner had she engaged the critters, however, than they were “waylaid” by Baltimore Animal Control. So the brush is still there. However, word has it that the goats are back in business and still hungry, so they’re on Rosemary’s “to do” list. 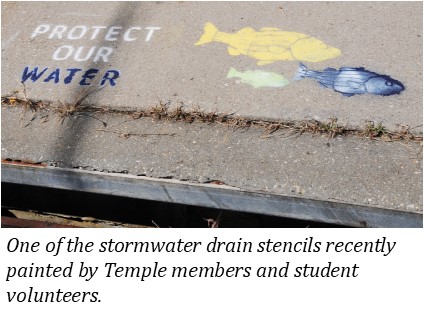 Last year, the Temple received a mini-grant of $5,000 from the Chesapeake Bay Trust that they’ve used to fund a variety of projects. They built a cistern next to the Temple and use the rainwater collected to water their own gardens. Also, with the help of the nonprofits Blue Water Baltimore and Interfaith Partners for the Chesapeake they conducted a workshop to convert donated containers to rain barrels for distribution. They did outreach both on social media and through their community association, and for the first time they extended their environmental programs beyond their own property limits by recruiting students from Calvert School and Johns Hopkins to help stencil storm drains at nearby Chinquapin Park. The JHU volunteers also provide ongoing support to maintain the beautiful gardens. 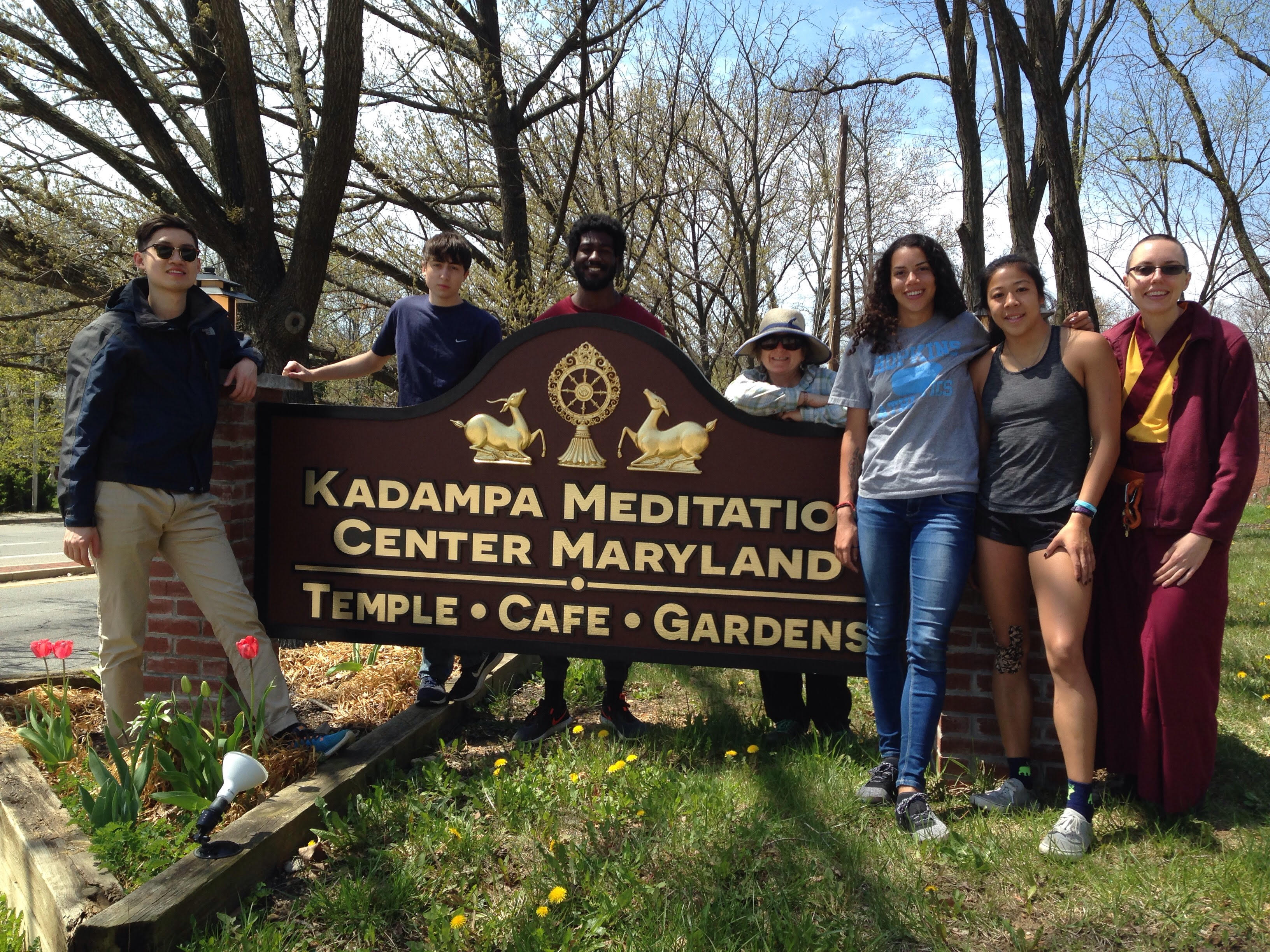 Rosemary says Buddhism teaches that the outer world is as important as our inner spiritual lives. “Creating a garden dedicated to world peace outside the Temple provides a peaceful environment where anyone can come and experience this potential,” she said, adding “there is no outer peace without inner peace.”

Our amazing volunteer, Keith Maynard, continues to share his talents with us by producing these inspiring stories of leaders in our midst. Keith is retired from the Navy where he prepared newsletters and other communications. He resides in Annapolis. If you too have talents to offer, please contact us to volunteer!