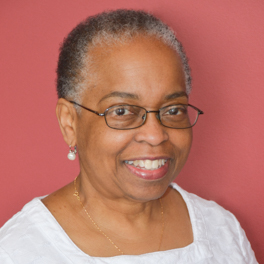 It was no surprise that Cynthia Taylor, the Youth Leader at Mt. Olive United Methodist Church in Randallstown, signed up for IPC’s Faithful Green Leader Training (FGLT) in February 2020. When she learned that IPC was offering a Green Team Training, she thought “Oh - our church should have a green team!”

Cynthia had followed environmental issues and climate change for some thirty years going back to an article she read on Environmental Racism in a United Methodist magazine, Christian Social Action. But she says her most powerful motivation came from a four-part series by United Methodist Women in 2019 on Just Energy for All. Through this series, Cynthia was exposed to how people were taking action to bring about systemic change.

By completing the IPC training and establishing a Green Team at Mt. Olive, Cynthia saw the opportunity to do just that. Her hope was to refocus her church’s acts of mercy—giving food and clothing to people—to include acts of justice. These are “acts that bring about permanent kinds of change, and I see IPC as doing that,” she says.

After completing the Green Team training, the Mt. Olive team decided to replace a dead tree in their memorial circle. This had been discussed 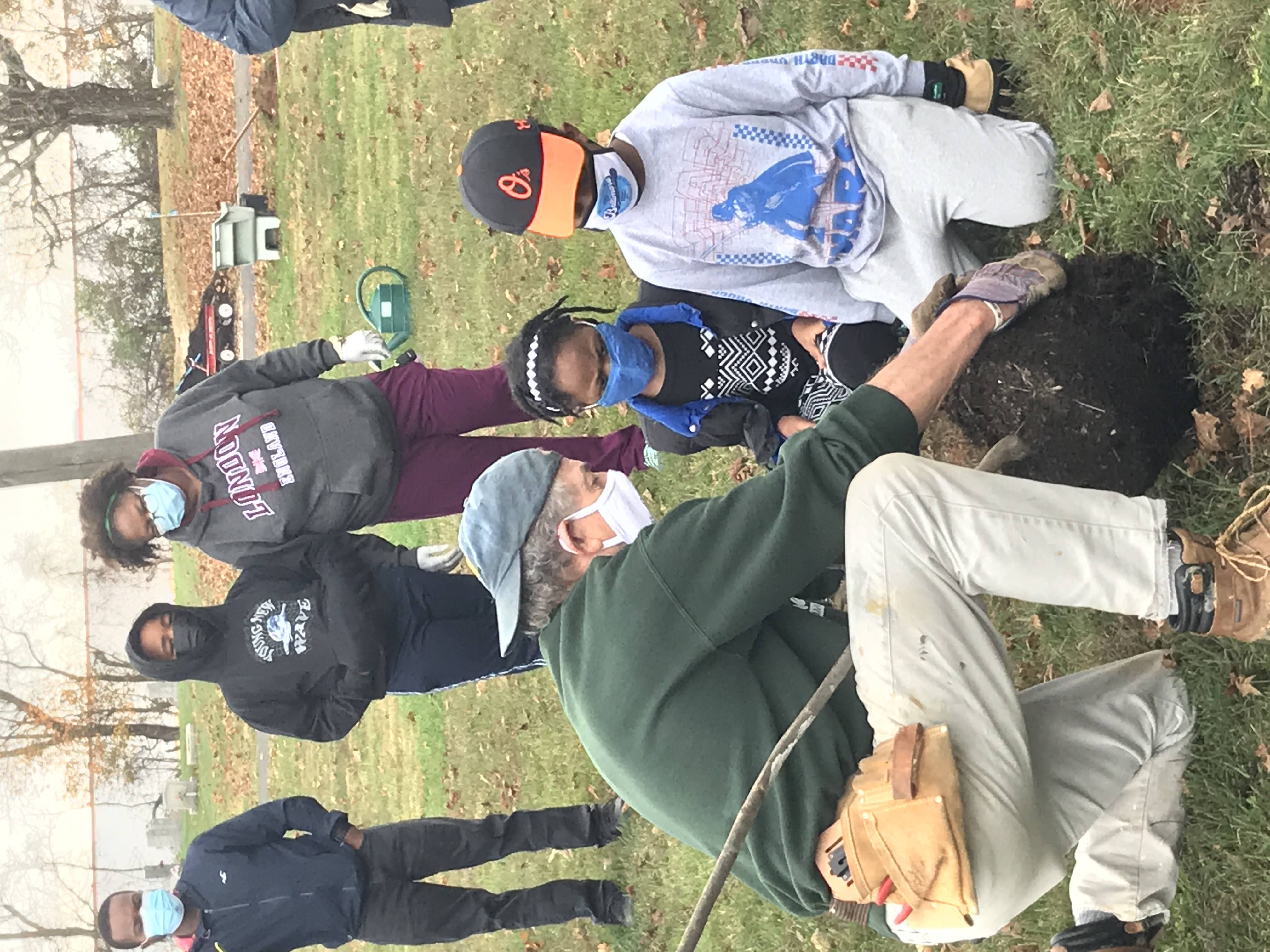 for years, but it took the Green Team to make it happen. They contacted IPC who put them in contact with Blue Water Baltimore, Laura Heller of the Delaware Maryland Lutheran Synod, and Dick Williams (in photo at right) from Memorial Episcopal Church and tree planting expert, who arranged for their church to receive not one, but three free trees. She also shepherded their project through receiving the trees and preparing for planting them. The planting in November drew a crowd including the home-schooled children Mt. Olive serves, adults and even seniors. 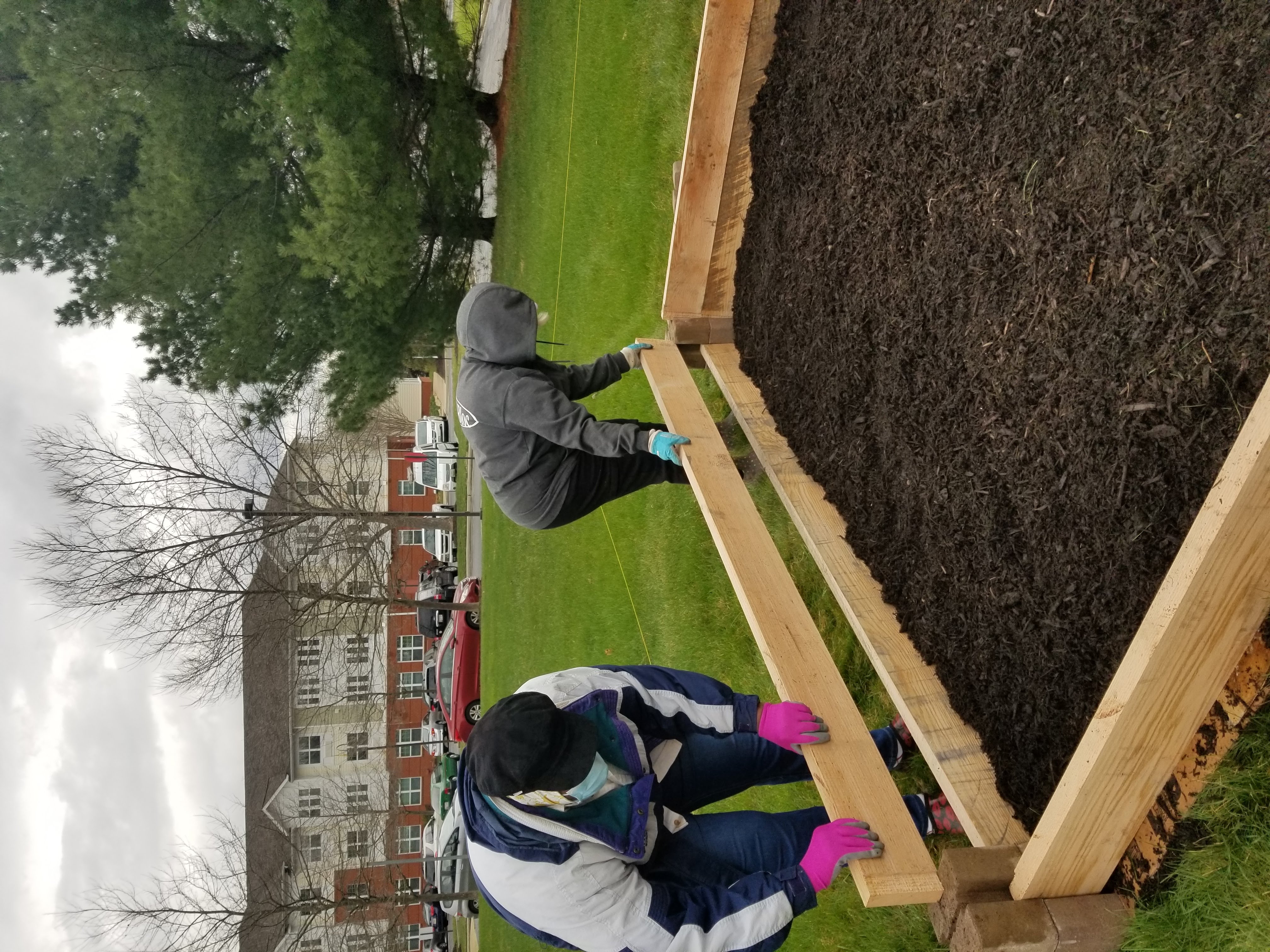 Although the COVID pandemic has severely limited community involvement, Mt. Olive’s next major project was a Community Garden.  Not only did Mckay Jenkins, IPC board member and member of Brown Memorial Presbyterian Church, help in placing and constructing the beds, he also provided most of the seedlings for the garden. Now, each week church members are able to take home bags of produce from the garden’s two raised beds. In the meantime, Cynthia had contacted the Boy Scouts at her former church, which resulted in one scout building rain barrels for the storage shed at Mt. Olive. Water from the barrels provided valuable water not only for the garden, but also the newly planted trees. Cynthia and her team learned valuable lessons from both projects. She is pleased with the contributions of many individuals to the projects’ success, including the unwavering support of Mt. Olive’s pastor, Rev. Sheridan Allmond.

Mt. Olive’s Green Team has big plans for the future. In the near term, they envision a fall garden in beds that have been reconstructed based on previous lessons learned. Two church youth who also attended the Faithful Green Leaders Training came up with their own projects as their Action Plan. Along with another Boy Scout, their plan is to remove invasive plants and conduct a stream clean-up with water quality testing. IPC has been supportive in connecting the youth of Cynthia’s team to get the expertise and resources they need to accomplish these projects. The church plans to apply for grants to design and implement stormwater management practices to be carried out over the next five years. They clearly intend to live out Mt. Olive’s motto which came about as a result of the formation of their green team: “Serving God’s Creation.”