It's official! The Maryland Senate and House both voted to override Governor Hogan's veto of the Clean Energy Jobs Act! This means that 25% renewable energy by 2020 is now the law of Maryland.

"Our faith traditions are insistent that a moral consciousness must inform everything we do. Increasing clean, renewable energy addresses the moral urgency of how we use nature's resources, and how our actions impact our neighbors. Faith leaders across Maryland are speaking out for reinstating the Clean Energy Jobs Act [Renewable Portfolio Standard] not merely as prudent political action and effective energy policy, but also as an ethical mandate."

This legislation, also known as Maryland's Renewable Portfolio Standard, was introduced in 2016, and was passed by a majority in both chambers. The legislation aims to increase the 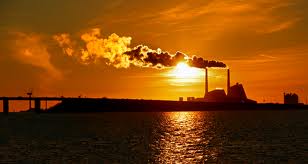 amount of renewable energy that Maryland utilities must produce for consumers, resulting in a small initial ratepayer increase and likely leading to long term reductions in utility bills.

However, Gov. Hogan vetoed the measure, calling it a form of taxation on citizens. The tax will only amount to ~50 cents per month. Hardly significant enough and far outweighed by green jobs and a cleaner environment.

Many state delegates and senators support an override of the veto so that the Renewable Portfolio Standard can become law. If you support the veto override, contact your state representative by email and share your views.