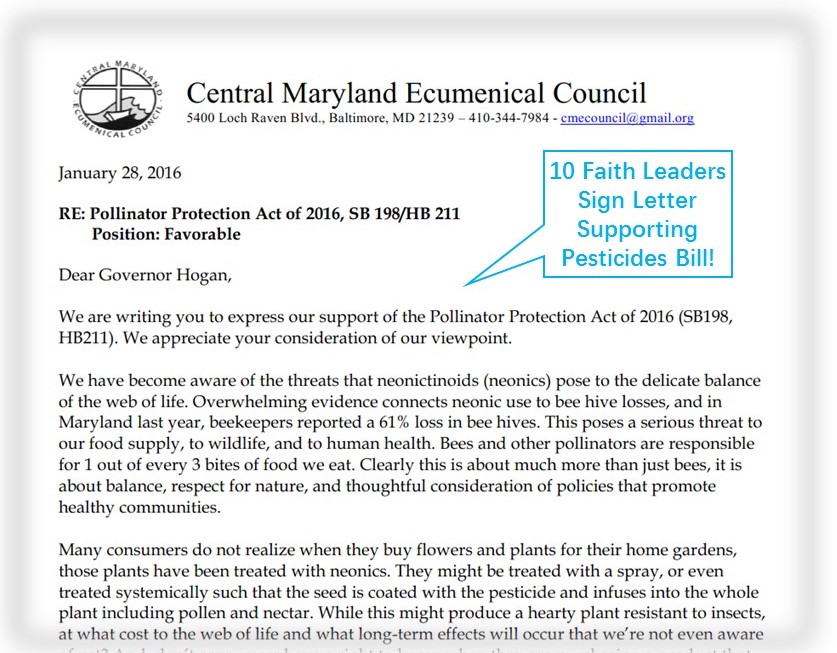 (AKA Pesticides bill or "Neonics" bill)

Below you will find...

Description of the Legislation:

Neonocitinoids (neonics) are in insecticides that are sold in stores to consumers for use in gardens, and are heavily used in agricultural and nursery applications. Neonics are also used as a systemic pesticide- meaning, seeds are coated with them so that the insecticide infuses the entire plant including its pollen and nectar.

Neonics have been confirmed to play a significant role in the alarming decline of bees and other pollinators. According to the USDA, Maryland beekeepers lost 61% of their bee-hives in 2014-2015 – this is the 5th highest loss in the country.

Pollinators are responsible for 1 out of every 3 bites of food we eat. Neonics also threaten aquatic life and have been linked to death of molting blue crabs and declines in macro-invertebrates.

According to 2014 Friends of the Earth study, more than half of “bee-friendly” plants purchased at Home Depot, Walmart and Lowes stores in 18 cities across the U.S. and Canada, including in Maryland, had levels of neonicotinoids at sufficient levels to kill bees outright.

According to a 2015 poll administered by OpinionWorks, 81% of Maryland consumers support improved labeling of products containing neonics and 78% support eliminating neonic sales to consumers altogether.

If we do not listen to the quiet plea for help from the dying honeybee, we have failed at being faithful stewards of the Creation that has been entrusted to us. This poses a serious threat to our food supply, to wildlife, and to human health. Honey bees and other pollinators are responsible for 1 of out every 3 bites of food we eat! Most consumers do not understand that the plants they buy for their home gardens may have been treated with neonics and therefore are contributing to this problem unintentionally. While neonics may produce a hearty plant, at what cost to the Earth, its inhabitants, and our communities? Labeling will help consumers make more educated purchasing choices that support balance to the web of life. IPC supports clear labeling so that consumers can make choices and follow their convictions at the cash register. We must live in harmony with all of Creation around us and promote choices that sustain life, rather than destroy. 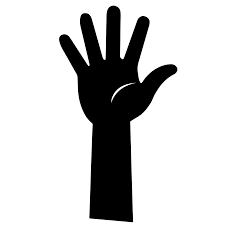 Actions you can take:

To follow this bill closely, you may wish to connect with the Smart On Pesticides Coalition.