When building a green team at your congregation meets resistance, there are other ways to activate with like-minded people of faith.

In Berlin, on the southern end of Maryland’s Eastern Shore, the "Berlin Ecumenical Green Team" is a great model for other ways to mobilize actions to restore Creation and have found a place in IPCs’ One Water Partnership program. 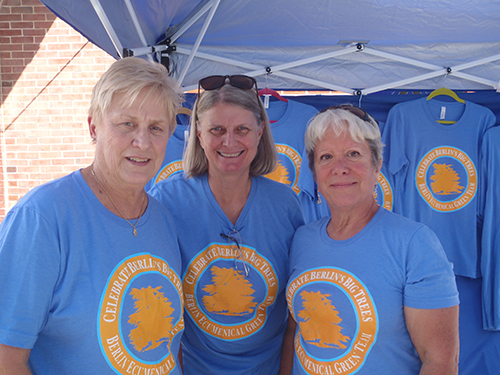 The team, comprising members of different congregations in the Berlin area, was formed when team leader Georgianna “Georgie” McElroy attempted to start a green team. As a recent graduate of IPC’s Faithful Green Leaders Training in February 2021, she was eager to start a green team, but in the absence of support from her congregation,  she reached out to women from two other Berlin congregations with whom she had worked previously. 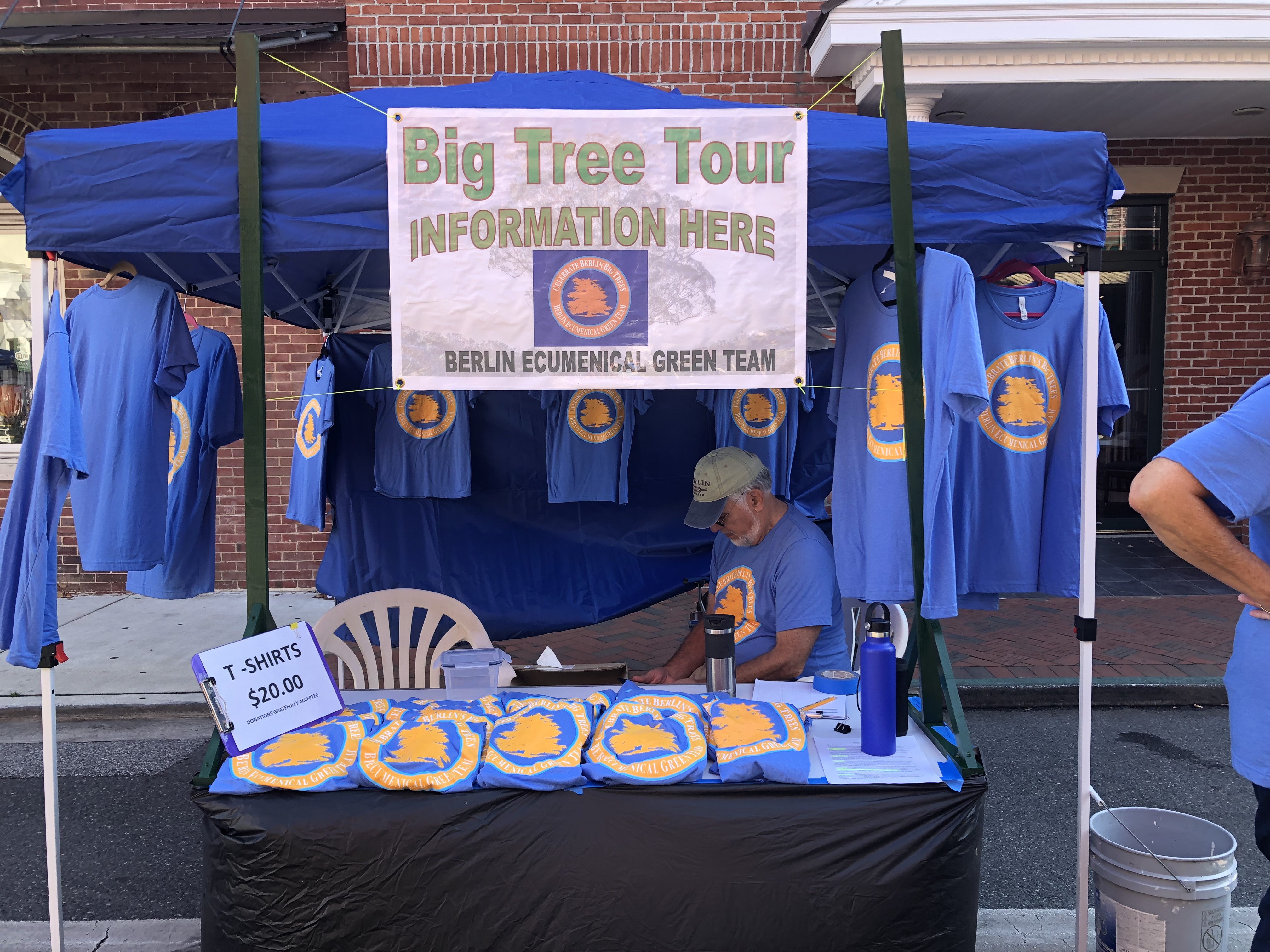 Not being ones to waste time, the Berlin Team conducted a mile-long “Big Tree Walk” through downtown Berlin on Saturday, October 16 in 2021. Some thirty individuals, many wearing T-shirts designed and sold by Berlin’s Team (and accompanied by neighbors celebrating Octoberfest), walked a route that included trees already identified as Maryland Big Tree Champions by the state Big Tree Program administered by the state Department of Natural Resources. This program, now national, originated from a Maryland program started in the early 20th century. For more information click HERE.

The Berlin Team has set a number of goals, which are listed on their website. Many of the team’s goals involve collaboration with other groups like the Worcester County Public Library, Lower Shore Land Trust, and other community groups. As Georgie put it, “We’re all retired, so it’s easy for us to reach out to others and facilitate their programs and initiatives in Berlin.” 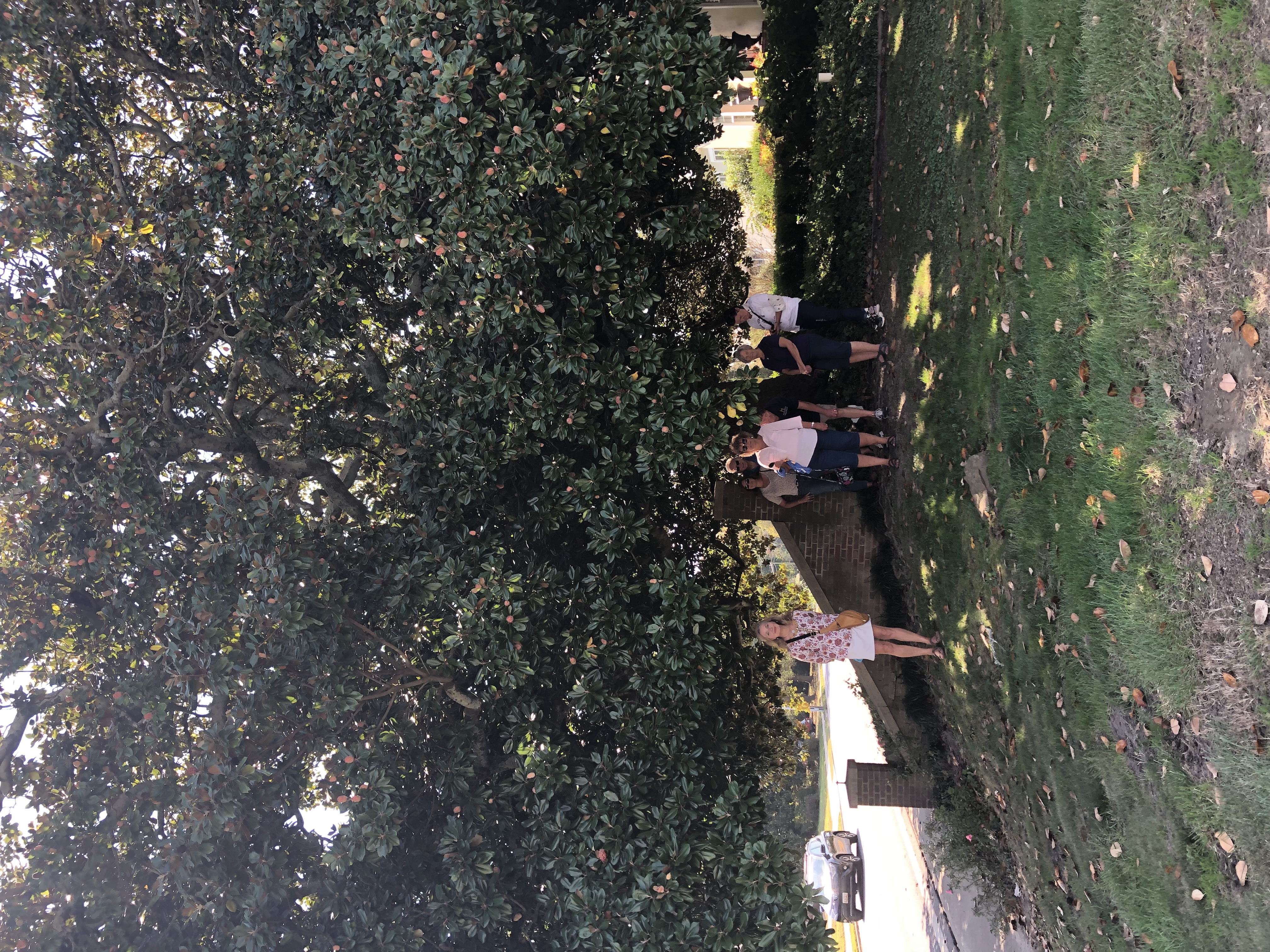 The team plans to continue its trees program and is working with owners in the area to get their trees designated as Big Tree Champions. Donna is working on a brochure to display a walking route to view the trees in Berlin that are already designated champions. The team plans to work with the local government to help it meet the organizational and budgetary requirements to be designated a “Tree City” as well.

The city has also approached the team about planting pollinator and bioretention gardens around town for beautification. Additionally, the Lower Shore Land Trust has asked the team to help them identify tracts of land in the region for planting large pollinator gardens—essentially meadows.

The team meets monthly, which is hardly surprising given everything on its plate. Georgie says they’re “taking baby steps” right now, but it is clear that they are leading in the right direction. The team members might be from different congregations, but by working together they really are demonstrating the power of collaboration to get things done in their local community!

So next time you are visiting the Berlin area, “The Coolest Town in America”, be sure to meet up with Georgie and the Berlin Ecumenical Green Team for a Tree Tour of historic Berlin, MD!

If you’re interested in forming or strengthening a green team at your congregation join us at the next Faithful Green Leaders Training in October by registering HERE.