Focus On a Leader

Focus On a Leader 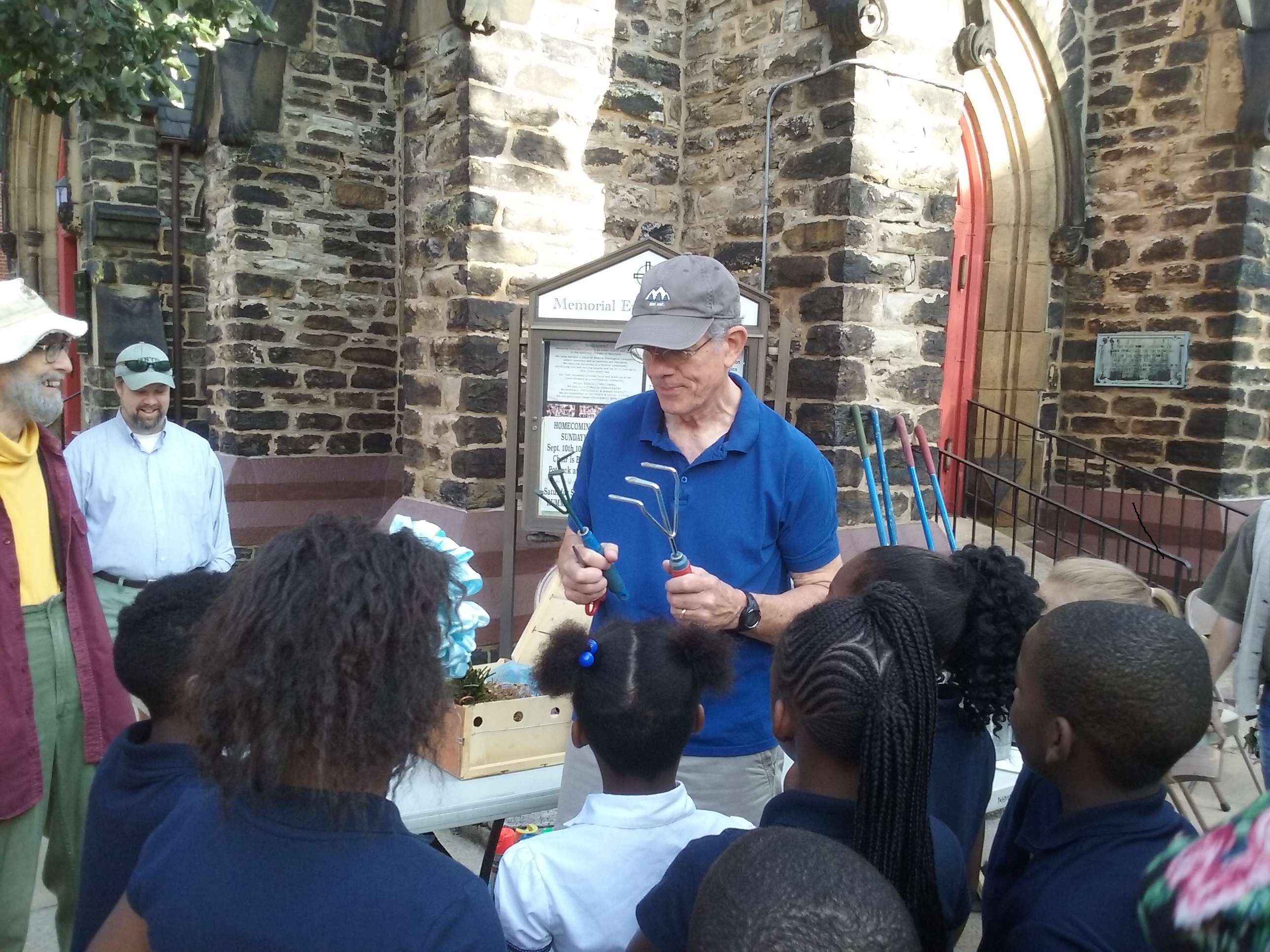 When Dick Williams is pressed, he’ll agree that he has become a community leader in environmental activism, but he seems to do so with reluctance. Perhaps it’s because he didn’t aspire to be a leader, but rather was led to it by God and his faith.

The seeds of Dick’s activism might well have been planted while he served as a consultant for Marine Corps housing on Guam. Asked to incorporate sustainability standards into building specifications, he familiarized himself with LEED® (Leadership in Energy and Environmental Design) environmental awareness. Later, he provided leadership for design and construction of a new education building for St. Margaret’s Episcopal Church in Annapolis where he was a member. The church leadership wanted the building to demonstrate the community’s commitment to environmental stewardship. The resulting building was LEED® Silver certified. Throughout the planning and construction over more than three years, all project meetings opened and closed with prayer. As Dick says, “the resulting achievement of a beautiful well-designed Formation Building was not a complete surprise—rather, it was an answered prayer.”

After relocating to Baltimore, Dick and his wife joined Memorial Episcopal Church in Bolton Hill. With the support of its rector, the Rev. Grey Maggiano, he helped establish the church’s Creation Care Team. That led to Memorial Episcopal becoming one of the first partner in IPC’s One Water Partnership Jones Falls program. ne of Dick’s strengths is his ability to identify and obtain funds and donations from a surprisingly wide variety of sources. Some he discovered serendipitously—like BGE’s Green Grants program and a donation of nearly $1,000 in plants. The BGE funding helped his church expand 11 tree pits in the adjacent sidewalks, which included removing concrete sidewalk covering the tree bulb to allow the trees to capture more rainwater and live longer.

Dick didn’t stop there. He added an education component about trees and a healthier Jones Falls watershed for local children. He recruited teachers from neighborhood public schools to bring their students, 30 in all, to the newly expanded tree pits one fall morning to add new soil, along with earthworms, mulch and dog-resistant liriope plants. 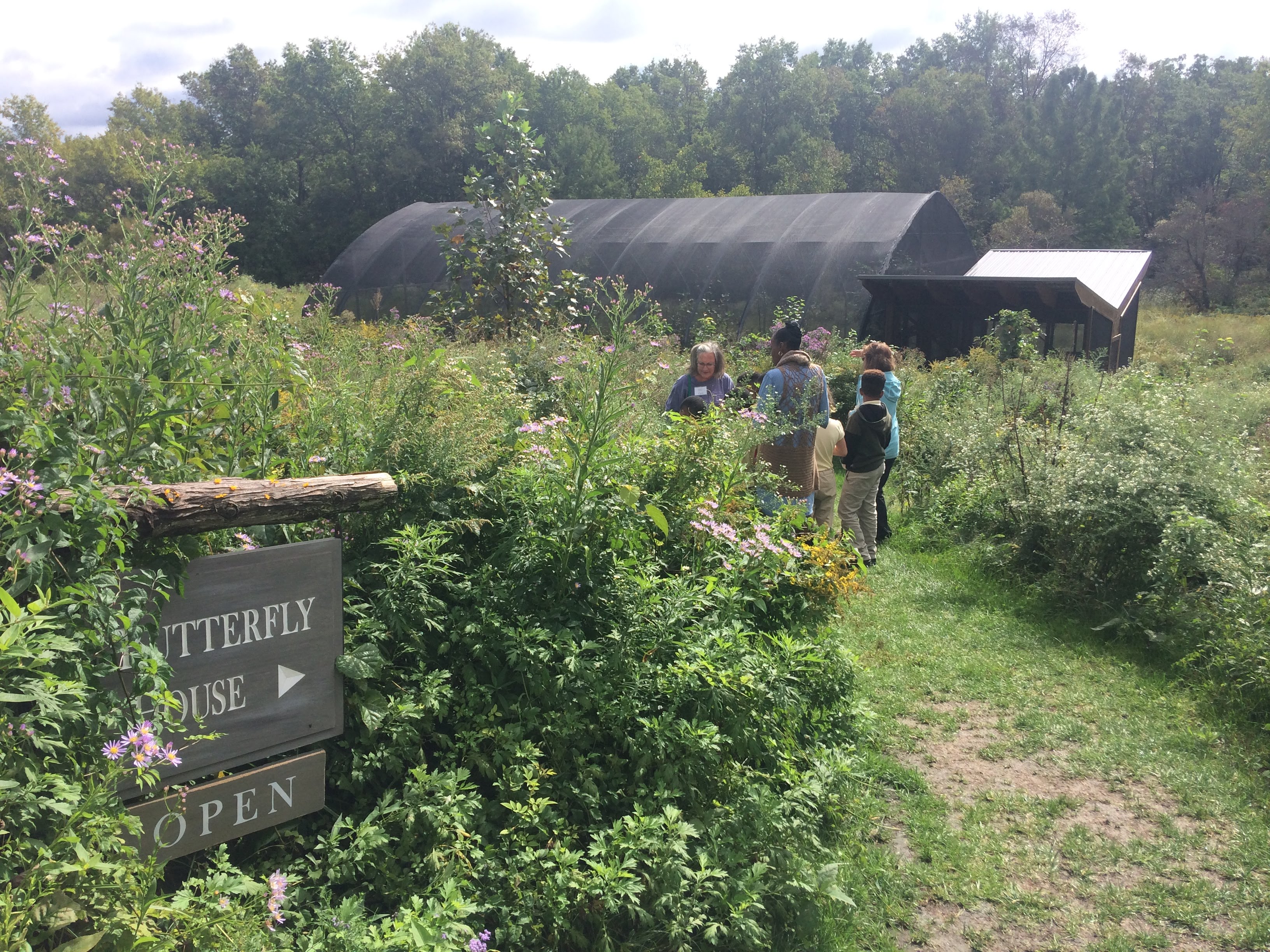 Recently, another project provided Dick a similar sense of accomplishment. He spearheaded a project at nearby Mount Royal Elementary/Middle School installing a butterfly garden and soft outdoor play space where there had previously been dumpsters. The garden’s roots were in stakeholder meetings for a larger project, which included community members, local institutions and nonprofits, parents, teachers, and school administrative staff. The ensuing plan for major de-paving and greening of the schoolyard was going to need large grant support, so Dick turned to the Chesapeake Bay Trust (CBT).

The CBT funds for the larger project were denied, but Dick had already begun to investigate other sources of support. Inspired by the Butterfly House on a visit to Ladew Topiary Gardens in Monkton, MD, he contacted Ladew’s outreach coordinator and asked for support for the proposed outdoor classroom for Mount Royal. Ladew stepped up, selecting Mount Royal as a Title One School partner. It provided classroom instruction on-site, planting guidance, and field trips to Ladew for about 120 students. The plan to construct the garden/outdoor classroom on the dumpster plot was confirmed in December 2017.

In March 2018, dumpsters removed, volunteers worked the land to create the space everyone had envisioned. In looking at all the work Dick and his volunteer partners have accomplished, IPC Executive Director Jodi Rose said, "There is so much work to be done to change the way society interacts with God’s Creation, that IPC staff can't do it all—we rely on leaders like Dick to inspire and lead change in their communities."

Dick sees much more to do. He’s now turning his attention to new project ideas. He has come to embrace his role as a community leader, helping others see things differently so that they learn to modify their behavior. His commitment to preserving God’s Creation is unwavering and his faith leads him on. But he’ll tell you it wasn’t really his plan to become a leader. Dick’s story proves that leaders often emerge when they least expect it.

** Thank you to our volunteer Keith Maynard who worked with Dick Williams to create this story. We are grateful for all our volunteers! To join IPC’s growing list of volunteers, click HERE.

Tweet
Eblast Newsletters
Focus On a Leader
People of Faith, Protecting the Chesapeake.