Some hold that all religion began with the attempts of human beings to comprehend the mysteries of the natural world around them:  the life-sustaining power of the Sun, the gentle light of the Moon, the stars and planets in their orbits, the mysteries of  birth and growth and death and the interdependence of species.  Over the millennia, as understanding and insight developed and human culture and religion matured, each religious tradition incorporated into its teachings ideas and narratives to express the sacredness of the created world and the relationship between humankind, the creation and the creator.  Here  we can only provide a sampling.

O Lord, how manifold are your works! In wisdom you have made them all; the earth is full of your creatures.
Yonder is the sea, great and wide, creeping things innumerable are there, living things both small and great.
There go the ships, and Leviathan that you formed to sport in it.
These all look to you to give them their food in due season;when you give to them, they gather it up; when you open your hand, they are filled with good things.
When you hide your face, they are dismayed; when you take away their breath, they die and return to their dust.
When you send forth your spirit, they are created; and you renew the face of the ground.
May the glory of the Lord endure forever; may the Lord rejoice in his works—who looks on the earth and it trembles, who touches the mountains and they smoke.
I will sing to the Lord as long as I live; I will sing praise to my God while I have being.

The Lord God formed man from the dust of the ground, and breathed into his nostrils the breath of life; and the man became a living being …… The Lord God took the man and put him in the garden of Eden to till it and keep it.

It is Allah who has created the heavens and the earth and sends down rain from the skies, and with it brings out fruits wherewith to feed you; and the rivers (also) has he made subject to you. And He has made subject to you the sun and the moon, both diligently following their courses; and the Night and the Day has He (also) made subject ro you.

Corruption has appeared on the land and in the sea because of what the hands of humans have wrought. This is in order that We give them a taste of the consequences of their misdeeds that perhaps they will turn to the path of right guidance.

Check it out! Jodi appeared on The Green & Sexy Radio Show with Leonard Robinson and Styrofoam Mom.

Religion and the Earth

What is the connection? 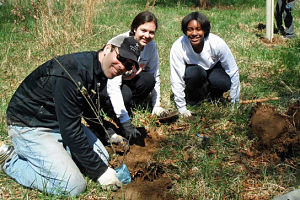 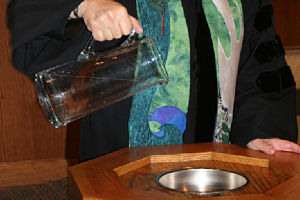