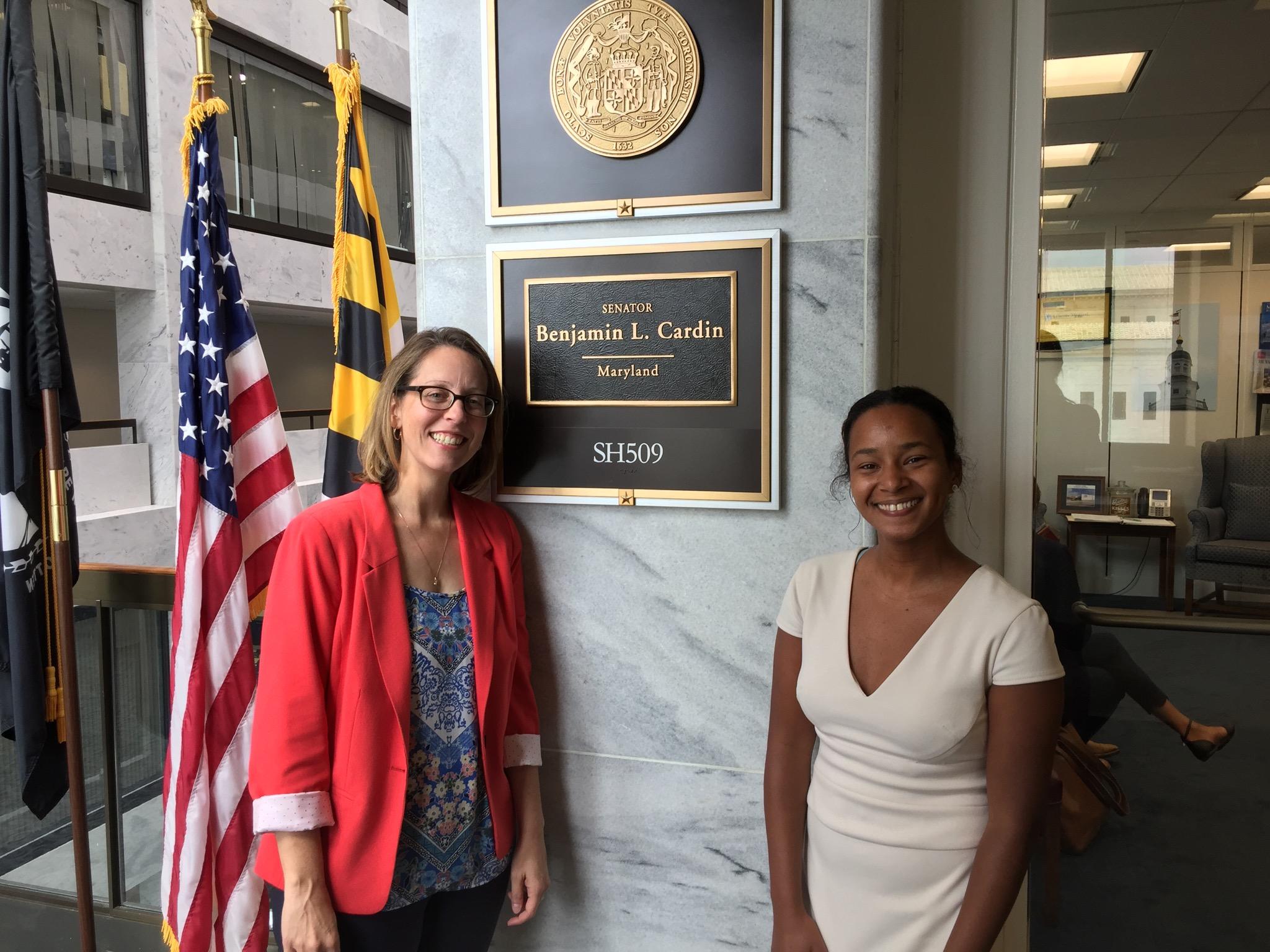 all of you who had urged the Senators to join the newly formed Environmental Justice caucus. The caucus aims to cultivate Senate leadership and appropriate legislation to advance Environmental Justice, and was formed by Senators Booker, Duckworth, and Carper. Thank you to the 160 people who signed on! We received signatures from folks in Maryland, Delaware, District of Columbia, Illinois, Pennsylvania, Wisconsin, and Virginia! We personally visited offices of Maryland Senators, and mailed letters with lists of signatories to the other respective Senators whose constituents signed the letter.

Later in September, Sen. Van Hollen announced he was joining the caucus! It was very important that we highlighted this issue because neither of the Maryland Senators had the Environmental Justice Caucus on their radar screen. Their staff were very grateful that we brought this to their attention and commented on how important it is that constituents request that they join caucuses, since such requests elevate the importance of the caucus to the Senators. Shortly after the meeting, Peter Marx met with Senator Cory Booker and mentioned IPC's work to gather signatures and present them to the Senators in an effort to show support for and help form the Environmental Justice Caucus. Senator Booker's office was excited to learn of IPC's efforts, asked to see all of the materials we prepared, and commended IPC's effort to fight for fight for justice and equity in the Chesapeake region. Thank you to everyone who signed the petition to magnify the voice of the faithful - it made a difference!