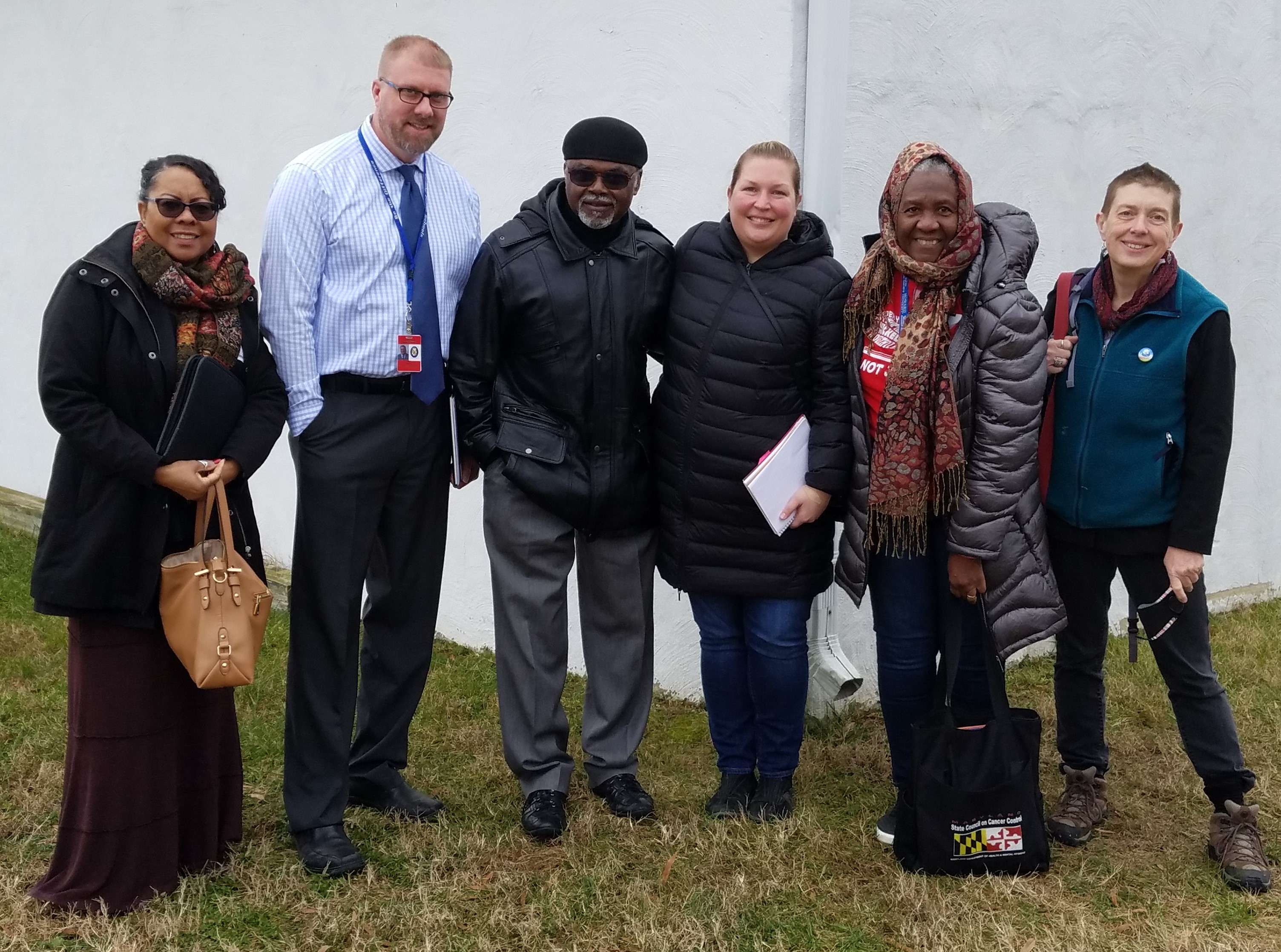 Reverend Dr. Melynda Clarke, Pastor of Mt. Sinai African Methodist Episcopal (AME) Church, Waldorf, MD, will tell you that if she were forced to choose between a day without water and a day without electricity, she’d choose the latter with no hesitation.  Water, she has realized, has always been important to her, perhaps going back to her childhood on the Eastern Shore where she was exposed to Native American culture and the idea of respect for the environment.

While she was growing up, Reverend Clarke became increasingly aware of news stories addressing water pollution and water shortages both here and worldwide. Perhaps the most widespread of such stories recently was the lead pollution of the water in and around Flint, Michigan. At roughly the same time, she had the personal experience of having to use bottled water distributed by the Washington Suburban Sanitary Commission when the water supply to her home became polluted.

But her awareness of and conviction to address the issues of water pollution and shortages were crystalized on more recent travels to Africa where lack of clean water is almost endemic. As Reverend Clarke says in reflection, “Until the problem of water shortage is solved, it is impossible to address any other problems.”

Water was very much on Reverend Clarke’s mind on her return Stateside, when she received an invitation to attend the Interfaith Partners for the Chesapeake’s (IPC) "God's Water Heroes" VBS program.  Not only did she attend, but also adapted the curriculum for her own church. In summer of 2017 Mt. Sinai conducted a VBS training focused on clean water and other environmental issues. 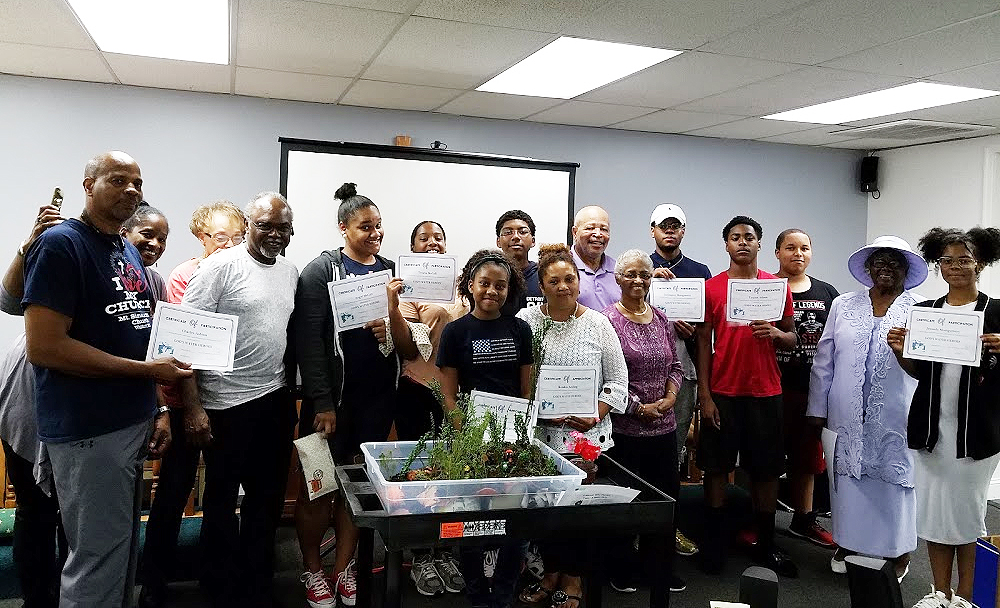 A key goal of the VBS program was to educate the participants on the nature of environmental problems and to motivate them to take action to resolve those problems. However, given the small size of Mt. Sinai’s congregation, especially compared to the magnitude of the issues even in their own community, the class members were encouraged to act first in the parts of their environments they could directly control. In Reverend Clarke’s words, “We can't point fingers at others if we have not taken care of our own house."

Individual VBS participants were tasked with reporting on how they were establishing action items based on what they had learned. Collectively, Mt.  Sinai incorporated a filtered water cooler system over the bottled water they had routinely used in worship in the past. Also, although the church's location does not have a recycling pickup program, they now collect plastic bottles and take them to nearby neighborhoods to be picked up for recycling.

After VBS was over, Reverend Clarke, wanting to build on its successes, submitted an application to the Chesapeake Bay Trust for a mini-grant to educate youth and conduct community outreach. She set up a partnership between Thomas Stone High School and IPC to conduct training, again based on God’s Water Heroes but supplemented by material to connect with high school students. She also reached out to Bonnetta Adeeb, leader of “STEAM Onward,” to participate. STEAM Onward is a nonprofit program dedicated to fostering student achievement in the arts as well as in the STEM curriculum. Reverend Clarke correctly surmised that a natural synergy existed between STEAM Onward and the proposed water conservation effort. 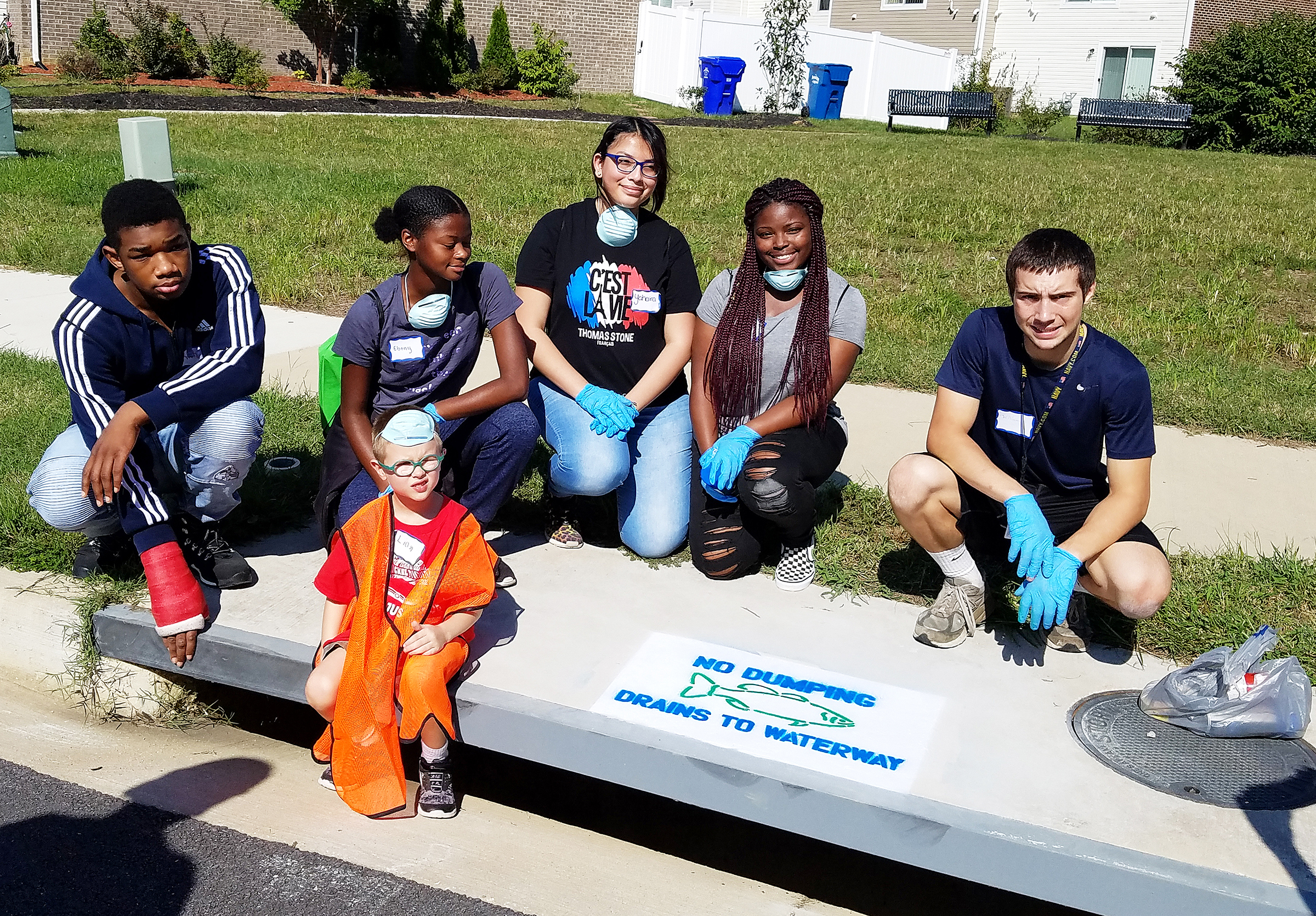 The workshop at Thomas Stone last year was a rousing success and stimulated discussions beyond the curriculum on such topics as the impact of gentrification on the Anacostia River. Also, the energy and enthusiasm of the participants would be harnessed for two water conservation projects in the area. At the conclusion of the workshop, the students participated in storm water stenciling within a new community in the area.  They are also planning the construction of a rain garden – an excavation filled with a bioretention mixture of sand, soil and compost -- on the Thomas Stone High School grounds. The mixture, along with the garden’s plants, captures water runoff from imperious surfaces like roofs and pavement and retains it as groundwater rather than allowing it to carry pollutants directly into neighboring water bodies. The target date for completing the garden is this May.

Looking ahead, Reverend Clarke plans for Mount Sinai to continue its partnership with IPC and they have already discussed applying for future grants. She has begun speaking with other churches in the area and wants to coordinate training for the Southern Maryland Ministerial Alliance. Mt. Sinai does not own a church building, but Reverend Clarke is already committed to having any future structure model a green environment, inside and out. Further down the road, she envisions working in remote rural areas of Southern Maryland, where flooding is a major issue for lower income residents. She also would like to provide balance when it comes to protecting wetlands but still exploring opportunities for economic development in Southwestern Maryland.

Yes, water is important to Reverend Melynda Clarke.  She has embraced God's mandate to be Godly and responsible stewards of his Creation, and continues to promote a Gospel that captures social and environmental justice that benefits everyone.

Thank you for our volunteer Keith Maynard who produced this story. Keith is retired from the Navy where he prepared newsletters and other communications. He resides in Annapolis. If you have talents to offer to help raise awareness about being good stewards of God's Creation, please contact us to volunteer!