Once a year, Chesapeake stewards from all walks of life go to the Chesapeake Watershed Forum in West Virginia to share in the love of the Bay, celebrate its rich natural and cultural history, and exchange knowledge in the mission to protect it. 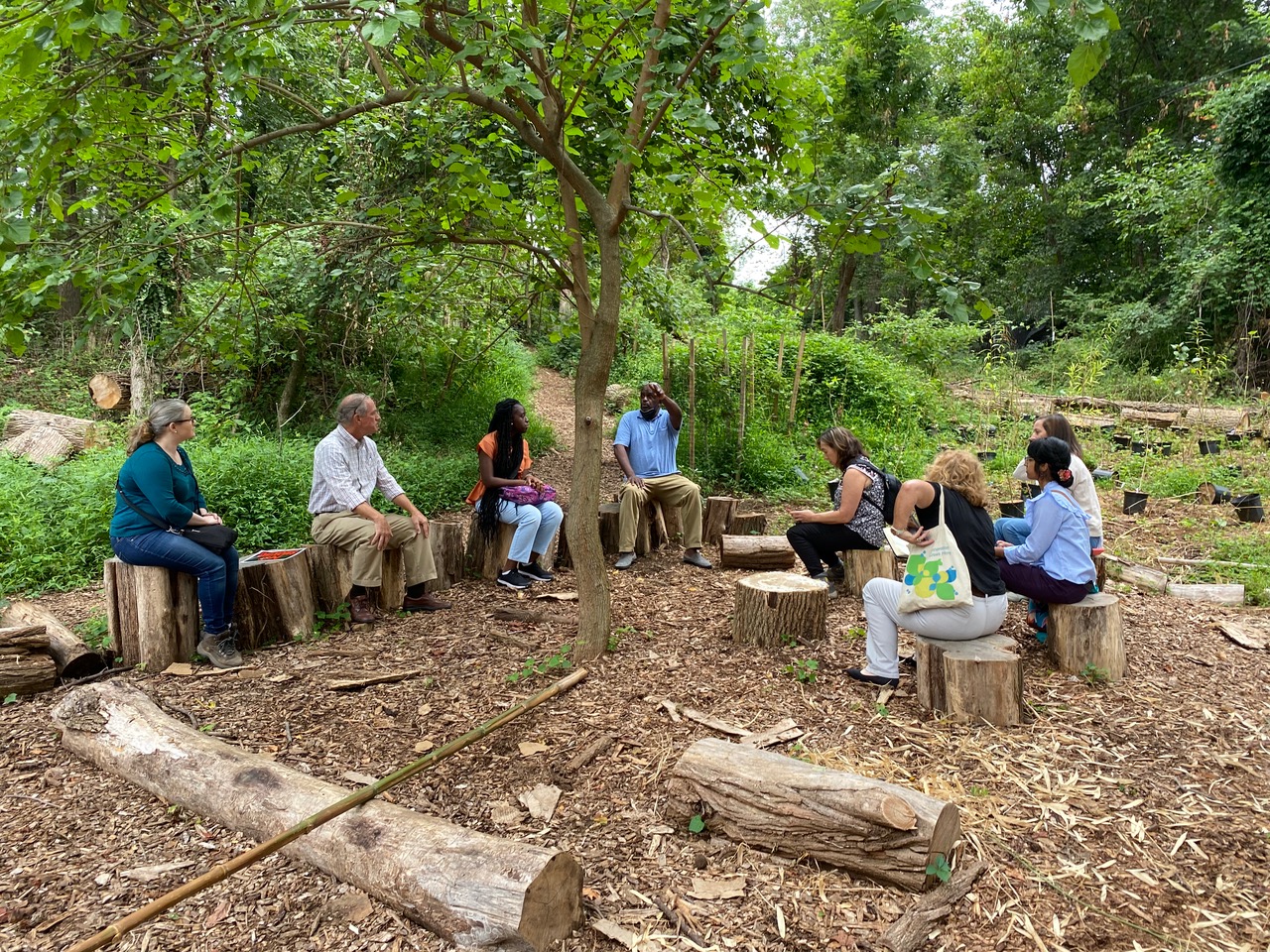 Just as stewardship veterans can be found at the panels and lunchrooms, budding bay explorers can be found as well. This is found at the greatest degree with the invitation of Chesapeake Conservation Corps (CCC) members to the forum, and the buzzing of conversations over their presentation panels on their work over the past several months.

Joshua Paul Cohen, IPC’s CCC member will be among the young stewards sharing his experience so far working with IPC's One Water Partnership program. Josh's presentation highlights the One Water Partnership's efforts to develop a successful network of environmental organizations and faith congregations joining forces to green our places of worship around the Chesapeake.

Josh has created a short video telling the stories of three congregations, who with the support of the OWP were able to accomplish incredible things. We hope you will enjoy!

“I've been attending meetings with Interfaith Partners of the Chesapeake for several years and have enjoyed the comradery and learning through all the other congregations” said Sharon Clark, a 41-year shining member of St. Peter’s Episcopal Church and organizer of restoration projects within the congregation. In collaboration with organizations such as Interfaith Partners of the Chesapeake, Lower Shore Land Trust, and the Chesapeake Bay Trust, the congregation has installed a pollinator garden, and just recently finished a new permeable parking lot which is preventing thousands of pounds in stormwater discharge per year. The congregation’s decision to install the new parking lot was very in tune with their mission of stewardship, as Sharon describes to be “to do their part to honor and be good stewards of God’s creation”.

It is a funny thing how a green infrastructure project can bring people together, as the new parking lot was a collaborative effort between many members of the congregation, offering their own expertise between the grant writing and planning to the actual installation of which all lead to a fantastic final result. Such a project is likely to continue inspiring the community for future projects. “We have been contacted by many other organizations in the community who saw the television presentation about the project, read the article in the newspaper about it…” Sharon states, as many organizations 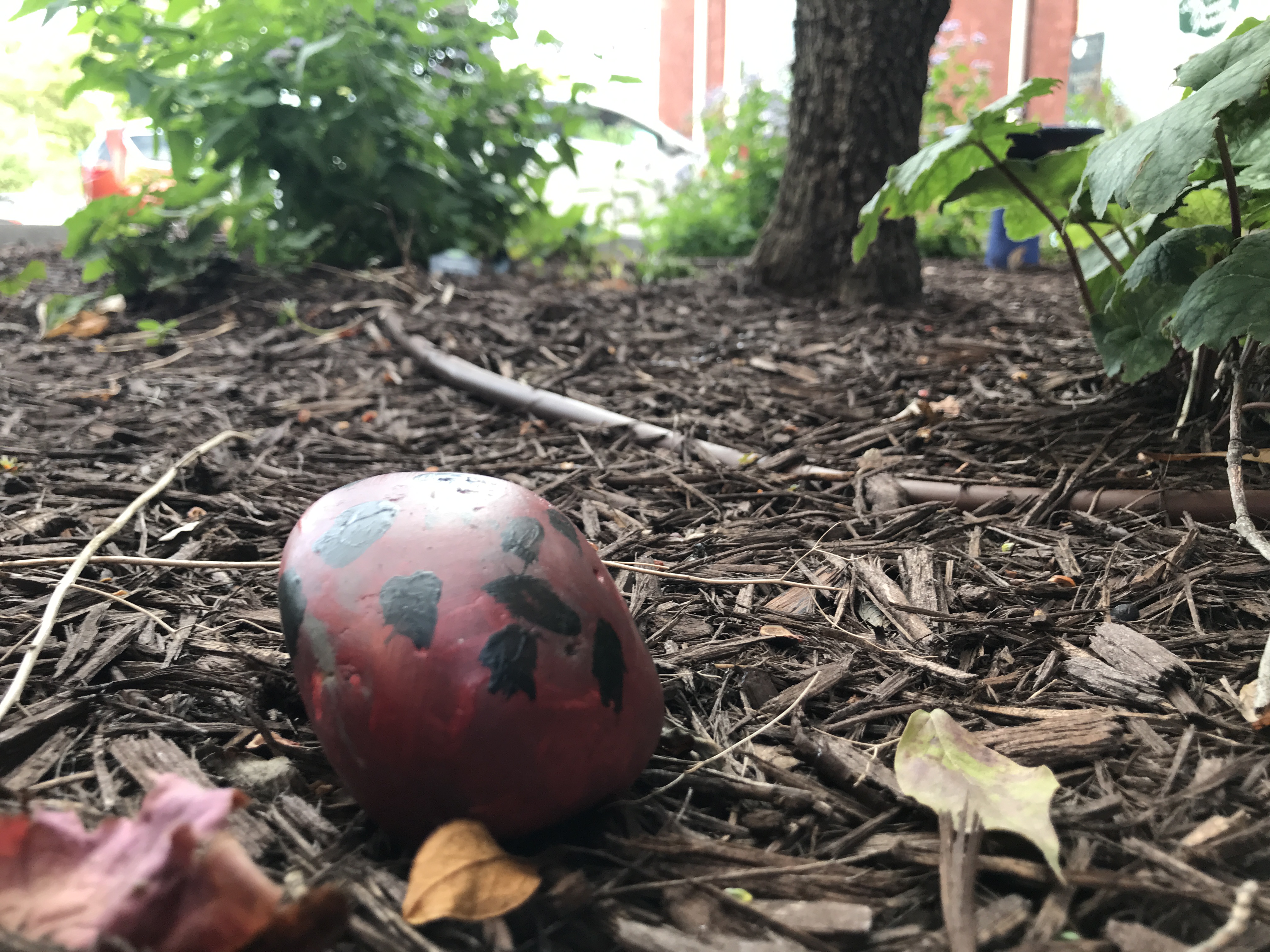 around Salisbury inquired to know more, such as furniture, landscaping companies, and even other churches. Such an undertaking inspired environmental education within the church as well, with entire services being dedicated to stewardship.

Congregations like St. Peter’s Episcopal can be found all around the Chesapeake. In the heart of Baltimore, Stillmeadow Community Fellowship is one of the most active and driven environmentally motivated congregations around. Stillmeadow, deeply motivated by its community’s history of economic disparity and disconnect from nature, is yet another congregation that found that it could positively influence its community with its stock of natural resources; in creation of a 10 acre forested  “peace park” thorough intensive forest management, as well as establishing a native plant garden and apiary, and their pursuit of stormwater management projects. “…[they] finally got tired of me talking about wanting to know what was in the woods, so he basically one day told me to put on some long pants and make sure you have a long shirt on” said Pastor Michael, documenting how right from the start he was driven to drive his congregation to goodwill and environmental stewardship.

The vast extent of Stillmeadow’s work was supported through the OWP program, including partner's like Blue Water Baltimore and other critical allies like the US National Fish and Wildlife Service, with Pastor Michael calling the experience “transformative”. He went on to elaborate on his experience working with Bonnie Sorak of IPC. “If we were available, so was she”. Bonnie was a significant help in not only educating the congregation on environmental literacy but also helping Pastor Michael succeed in having his congregation understand the responsibility that they have to the water and land as people of faith. "There's something really powerful about a second voice validating it that's not in your immediate family".

With the hard work and dedication of Stillmeadow and the OWP organizations, the Peace Park became a place of community rekindling. "There's this reforestation, but there's also this ‘refellowship’", said Pastor Michael, attempting to describe just how much the forest and restoration of it has brought people of all walks of life together. The restoration of the forest has been such an endeavor that even people who have never thought about the forest as more than just some woods off in the distance have sought to explore it, with Pastor Michael saying that this success of making the forest “curious to people” was achieved “by digging deep”. 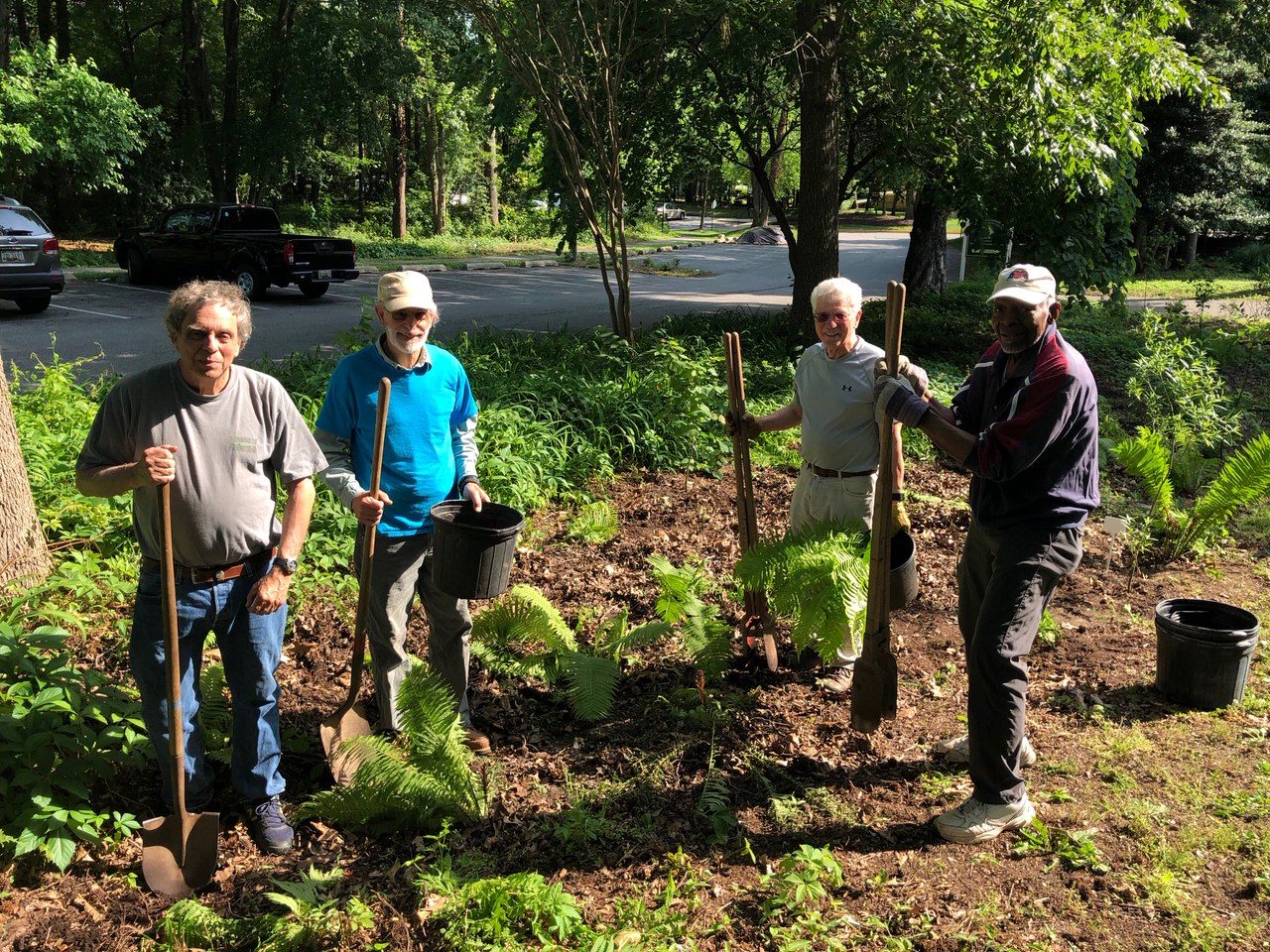 Another shining example of the One Water Partnership in Anne Arundel County is Woods Memorial Presbyterian Church brings stewardship to its community. Karen Royer, a member of the congregation and green team leader, filled Josh in on how the congregation's amazing efforts to revitalize their campus and upgrade their building's energy infrastructure!

First being introduced to IPC through the Watershed Stewards Academy, Karen talked excitedly about the degree that IPC has contributed to the environmental education efforts at her congregation. “Since then, we’ve been working nonstop on habitat and stormwater”, Karen said, and it shows, as Woods Memorial is home to an extensive stormwater management system and eye-catching native pollinator garden with even more to come!

Unsurprisingly, Karen describes her relationship with IPC and the OWP and their effect on the church’s endeavors as “great” as besides providing the congregation with education, not only helped them connect with other likeminded congregations but inspired a stewardship spirit within the larger Woods Memorial Congregation itself, and even provided the team building skills necessary to manifest the stewardship spirit into something physical. Yet perhaps the greatest impact of the OWP was the how delivered the leverage and skills necessary to get those grants that were so necessary for these projects to see the light at the end of the tunnel. Karen described how having the backing of another organization was key in not only securing the grant, but gaining support from the congregation.

“Things I thought were native, weren’t” states Karen. IPC has helped her take new knowledge into the realm of restoration to this time, do it better, going so far to say as that without native plants, “the things on our campus might as well be plastic”. Much of the Wood Memorial congregation are like Karen, as they also hold the same “willingness to learn” as she does. “Everyone knows that bees are in decline” she said. But what she has discovered is that when one plants natives, the effects are almost immediately noticeable, not just in species presence, but in communal awareness as well.

There are many congregations hard at work around the Chesapeake, but Joshua hopes that highlighting these three will get the word out about the OWP name enough for all congregations under the program’s wing and feather will get the spotlight that they deserve and that a positive feedback loop of further stewardship will follow.

To learn more about the One Water Partnership please read more on our website and learn about some of the exciting opportunities available for your congregation! Click here for more!