In the spirit of giving thanks, we wanted to share this reflection from Jim Truby, our dear friend and supporter from the Maryland Episcopal Environmental Partners. In reflecting on all of our gifts this Thanksgiving, may we take time to be thankful for the Earth, its streams, its soil, and the life it gives to all of us. What do we give back? Do we only take? We wish you all a blessed Thanksgiving and we hope this reflection gives you food for thought! “The story of the Jones Falls reminds me of a book called The Giving Tree by Shel Silverstein that I read many times to my daughter and grandchildren.  The “giving tree” provides shade, climbing fun, and apples for a little boy. After he grows into a man, the tree gives its branches so that the man can build a house, and its trunk so that the man can build a boat. The tree ultimately offers its stump as a resting place when the man is old.

Similarly, the Jones Falls (Baltimore) and its watershed provided clean water and fish, abundant game, fertile fields, land for building sites and roadways, and hydroelectric power to support factories attracted to its banks. The Jones Falls gave so much that it was overrun by stormwater and sewage that increased flooding and became a major source of pollution for the Inner Harbor and Chesapeake Bay. It is notable that while the tree gave everything it had, the boy grown into a man, never gave back to the tree. This was also true of the Jones Falls until the late 20th century. 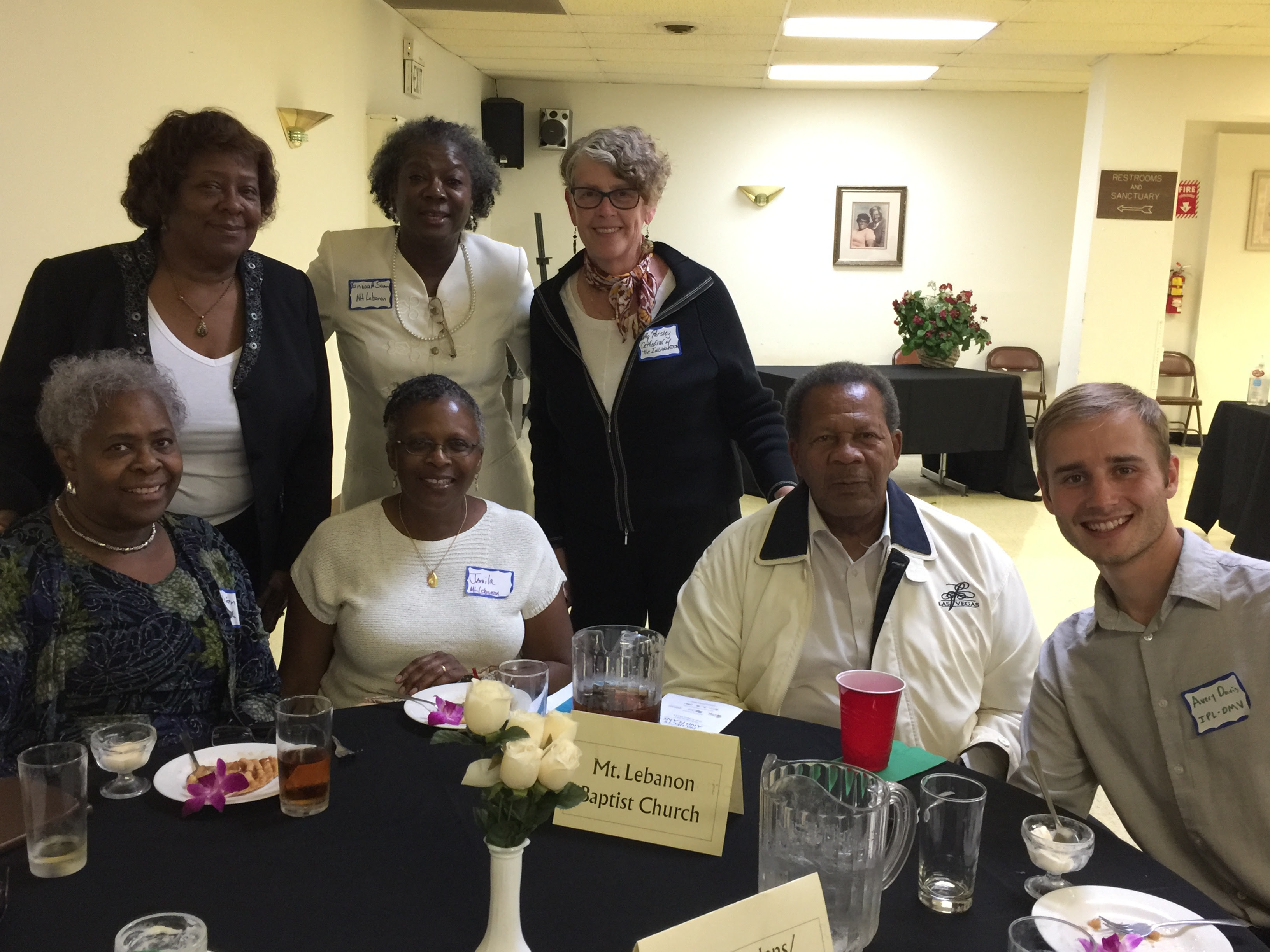 Most recently, at an interfaith blessing on October 1, 2017, a group of 15 churches and synagogues entered into a Covenant under which they pledged to give back by taking multiple actions aimed at restoring the Jones Falls and its watershed. This coming together of many as one body enables these faith-based organizations to combine their various God-given gifts in ways that can make them more effective stewards. Most importantly, the Jones Falls Covenant serves as a model for restoring other watersheds in the Baltimore area and beyond.  Think for a moment how much cleaner the Bay would be if One Water Partnerships were created for the Baltimore Harbor, Gwynns Falls, Herring Run and beyond. Bless Interfaith Partners for the Chesapeake for conceptualizing the One Water Partnership, and their partner organizations such as Blue Water Baltimore, Interfaith Power and Light, and Maryland Sea Grant.

Halleluiah! Together, as a One Water Partnership, we can give back to the Jones Falls and to future generations.”