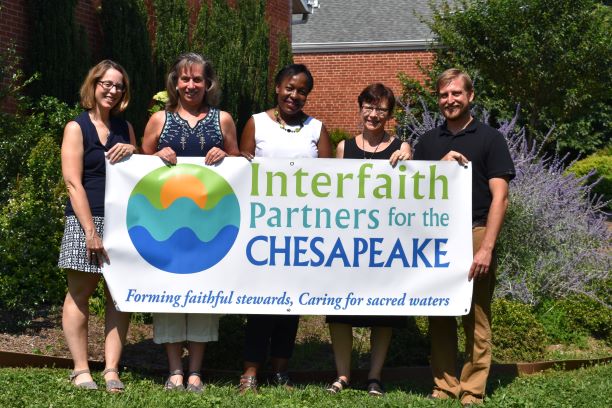 Anna is an expert on issues related to the impact of technological and cultural changes on the environment, economy and society. She has more than 20 years of experience identifying and developing effective alternative systems to address climate change, poverty, and unemployment. She most recently directed the Collaborative Communities Program at the Center for a New American Dream where she designed and coordinated their trainings focused on greening communities, creating sharing systems and supporting local economies.  In her free time, Anna enjoys volunteering at her children’s school in Maryland where she has led efforts to launch a green neighborhood initiative and build an outdoor classroom and garden.  She received her undergraduate degree in Economics from St. Lawrence University and her MBA from George Washington University.

Kolya attended Union Theological Seminary in New York City ('92), M.Div. where her studies focused on theology and ecology, and co- founded “Ecologians” to activate energy conservation measures at the seminary. An experienced facilitator and faith-based curriculum writer, Kolya has led groups on peace, environmental justice, Native American land rights, advocacy for farm workers, as former national staff with United Methodist Women, and is non-violence trainer in the program Creating a Culture of Peace in the tradition of Rev. Martin Luther King, Jr. Prior to coming to IPC, she served as staff with the Catholic Climate Covenant, where she wrote the curriculum Creation Cries for Justice, Catholic Social Teaching on Climate Change. Kolya also wrote God's Water Heroes: Splash into Living Waters, IPC's vacation bible school curriculum. She and her husband, a Presbyterian pastor and acupuncturist are parents of a college-aged daughter and live in Takoma Park, MD, where Kolya is gradually converting her suburban lawn to native plants.

Matthew directs IPC's One Water Partnership program. He grew up on Maryland's Eastern Shore and studied environmental history with a research focus on the waterways of the southern Delmarva Peninsula as a graduate student. He has worked as an environmental advocate and educator for over a decade, most recently leading a highly successful campaign against offshore drilling in the Mid-Atlantic region with the non-profit Oceana. The underlying motivation for much of Matthew's work in the environmental field has come from a place of faith and a belief that stewardship is a moral obligation we all share. He is excited to join the team and build a movement of faith communities working together to restore the Bay.

Andi's fondest memories are of family vacations to historical sites and national parks throughout the US. Through these childhood experiences, a deep appreciation and love for the natural world was born. Her father's military career brought them from Nebraska to Southern Maryland and her first exposure to the many facets of the Chesapeake Bay. A Political Science graduate from UMUC, Andi's career path took a slight detour into the faith-based sector when she took a position as an administrative assistant at a church. Now, still there after over two decades, she is grateful for the opportunity to combine her faith and deepening call to care for Creation and her professional skills in support of IPC and it's mission.

Jodi graduated from the University of Illinois with a Bachelor of Science degree in Biochemistry and worked in the environmental consulting field for 15 years managing soil and groundwater remediation projects and running her own property due diligence consulting firm. As a volunteer in her Catholic parish in Indiana, she spearheaded several environmental and social justice programs that engaged fellow parishioners to live out their faith in action. It was during this time that Jodi felt a strong calling to work at the intersection of faith and environment. Shortly after relocating to Rockville, she became the ED of IPC and grew the organization's influence on watershed restoration action in Maryland. She is married and has two teenage boys.

Originally from Brooklyn, New York, Bonnie graduated from Florida State University where she had a double major in Communications/Public Relations and Political Science. After graduating she worked for several non-profit organizations before embarking on a decade-plus career as a real estate agent. She is the mother of 4 boys, and has volunteered in her kids’ schools, PTAs, and chaired the Columbia Jewish Congregation's Green Team for a dozen years and currently serves as CJC's representative to the Howard County's Jewish Community Relations Council. She enjoys starting new initiatives and fostering collaborations with a variety of people. She has a deep commitment to food integrity issues as evidenced by her commitment to a vegan diet. Bonnie looks forward to helping IPC to connect with diverse congregations. She understands the barriers they face because she has started so many initiatives in her own community.