Attending Interfaith Partners for the Chesapeake’s (IPC) Faithful Green Leaders training last October was an important step along the path for the Indonesian Muslim Association In America (IMAAM) Center, a Congregation in Silver Spring, Maryland, to become a Sacred Grounds Congregation. 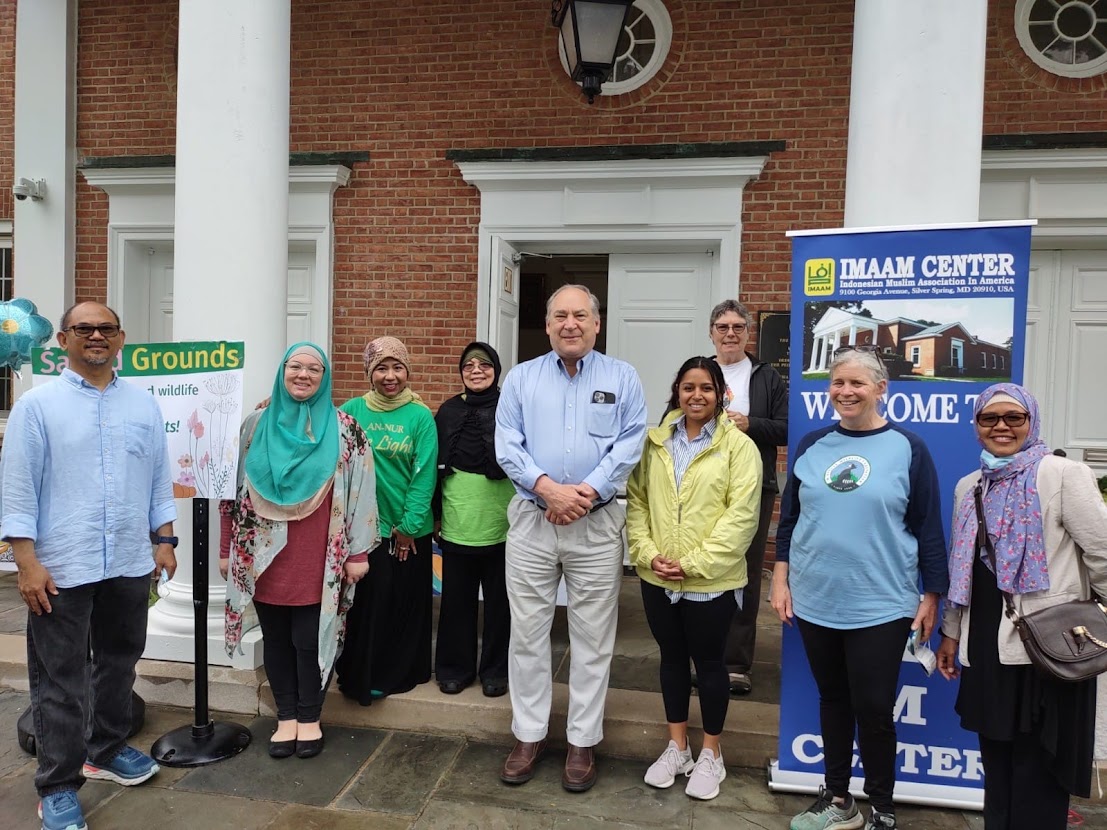 The Sacred Grounds program, with whom IPC partners, is sponsored by the National Wildlife Federation (NWF) in cooperation with Friends of Sligo Creek, and Interfaith Power & Light (IPL) of DC/MD/NoVA.

The leader of IMAAM Center’s green team, Amang Sukasih, said the Center’s participation in Sacred Grounds was fueled by the interest of its members in gardening and their wanting to know more about native plants. To that end, early last October 2021, members of the IMAAM Center congregation attended a native plant tour of Sligo Creek, the local watershed. The tour, hosted by NWF, IPC, IPL, and Friends of Sligo Creek, was led by Kit Gage, a native plant expert and watershed restoration specialist with Friends of Sligo Creek.

The tour provided information on the Sacred Grounds program, a faith-based version of NWF's "Certified Wildlife Habitat" initiative. Sacred Grounds teaches about why native plants are important and motivates people to plant them on their congregation grounds and in members' home properties.  Doing so supports increasing wildlife habitat—especially for birds and bees, which are in decline. 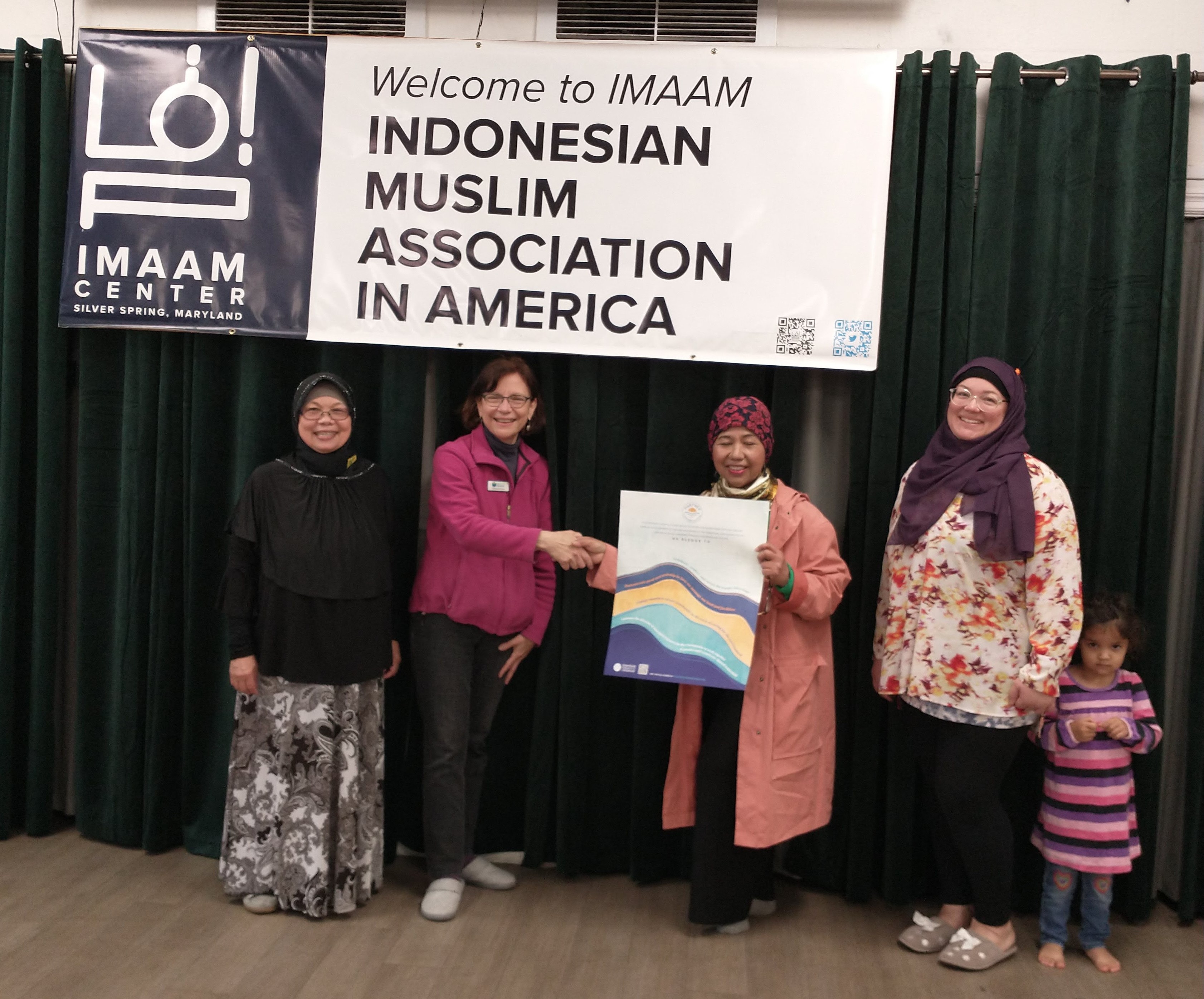 This struck a chord with Amang. As he says, a major tenet of the Muslim faith is that “we are the guardians of the planet and are charged with its preservation and protection.” Therefore, he and four others from the IMAAM Center’s congregation signed up for and completed IPC’s Faithful Green Leaders training later in October. The Center has also signed the Partner Congregation Pledge committing to be leaders in environmental stewardship.

Since then, the green team planned and prepared for a campaign to introduce native plants to the households in their area—both those of their members and those of their neighbors. These efforts within the congregation were aided considerably by their Imam, who included messages of support in his daily morning prayers.

The campaign proved to be a success, with 65 households of congregation members and neighbors pledged to participate as the May target date approached. In preparation for the actual plant distribution, the IMAAM Center team conducted an online workshop on May 4 for participants on how to plant and care for the native species they would receive. 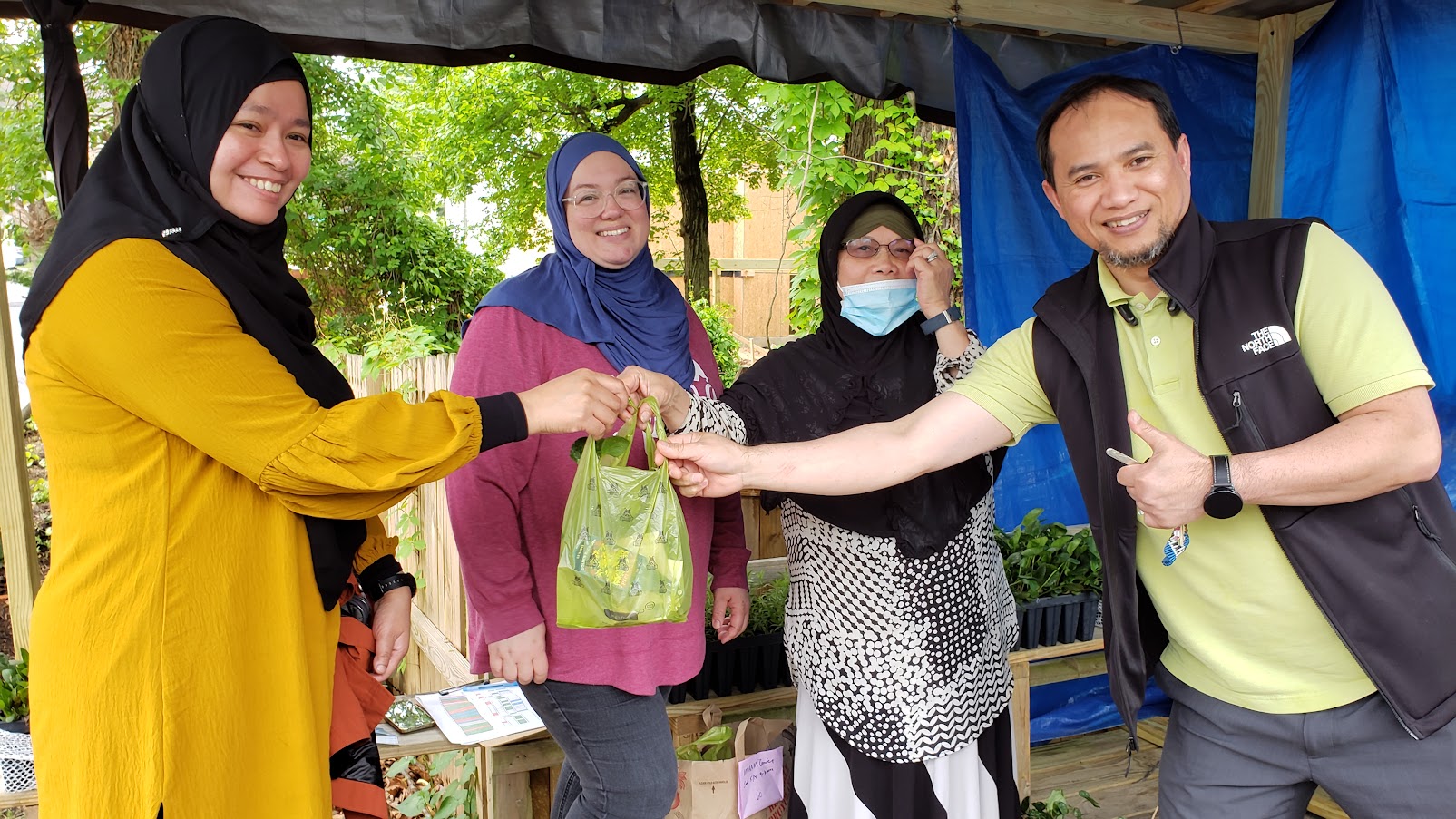 And on Saturday, May 14, the plant distribution took place! Those who had pledged to participate came to the Center to pick up the plants provided by Sacred Grounds. Also in attendance was Montgomery County Executive, Marc Elrich, who has been a champion for environmental issues in the region. Following the event, the green team members made sure that any leftover plants did not go to waste, by planting them on the IMAAM Center’s grounds.

All that now remains to be done is to celebrate the planting -- a step required by the Sacred Grounds program. And even while they wait for the celebration to be scheduled, the IMAAM Center’s green team stands ready to face future environmental challenges.

As a partner of Montgomery County’s Sacred Grounds Program, IPC's role is to guide and equip participating congregations in the county. More information on the program can be found at this link.

Thank you to our volunteer, Keith Maynard, who worked with the IMAAM Center to help create this story. To join IPC’s growing list of volunteers sign up here.