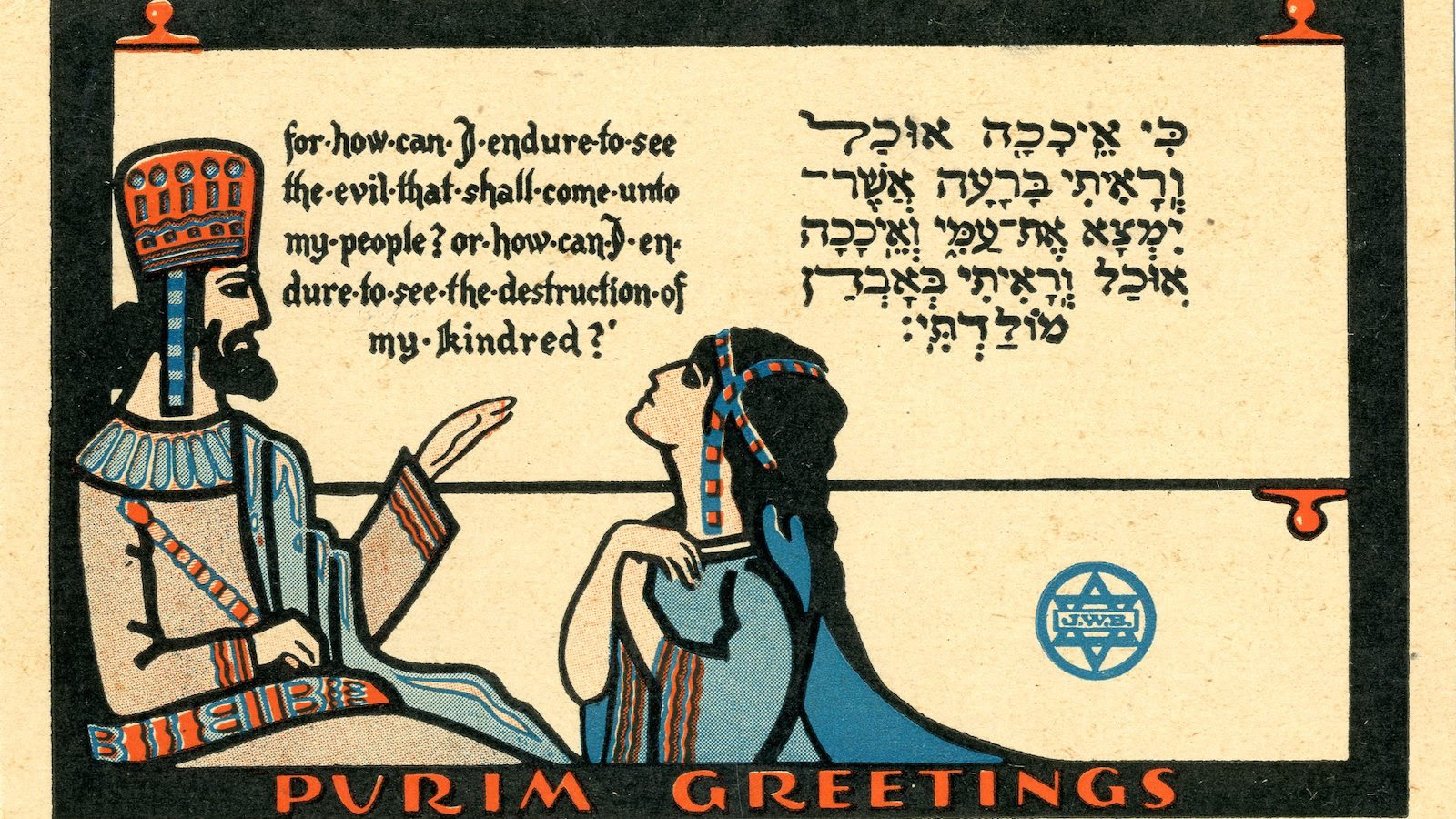 Later this month Jews around the world will celebrate Purim, the salvation of the Jewish people (in the year 3405 from Creation) from Haman's plot "to destroy, kill and annihilate all the Jews, young and old, infants and women, in a single day." Haman was Prime Minister to the Persian emperor Achashveirosh, whose dominion extended from India to Ethiopia. Endorsed by Achashveirosh, Haman's decree boded the physical destruction of every single Jew on the face of the earth. On the 13th of Adar numerous battles were fought throughout the empire between the Jews and those who attempted to carry out Haman's decree. The battle went on for two days, the victory celebration was held on Adar 15. Mordechai and Esther (the Jewish heroes of the story) instituted that these two days be observed for posterity as the festival of Purim by public readings of the story of the miracle, sending food to friends, giving money to the poor, and celebrating with a meal.*

Sometimes it may feel like that the “powers that be” have decreed the destruction of God’s creation. Laws are passed or go unenforced because certain people who happen to be in positions of authority elevate other priorities over clean water and clean air. How do people of faith respond to such challenges? As IPC’s Outreach Coordinator, I can tell you they respond with positive actions on the local level and work tirelessly to make a difference. 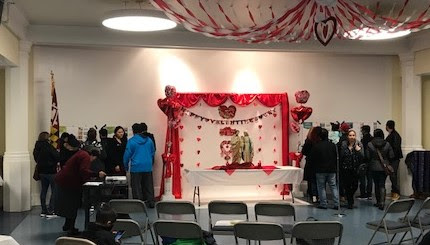 In just one day last week I was blessed to 1) lead a gathering atThe Sacred Heart of Jesus Catholic Church in East Baltimore to learn from this largely Latino community about what environmental issues are most pressing in their lives, 2) attended a workshop at Brown Memorial Presbyterian Church where leaders from the One Water Partnership learned how to amplify the voices of their congregations in order to influence legislation, and 3) met with a group of 10th grade students at Beth Shalom Congregation in Howard County to help them craft a letter to the editor in support of strengthening the Forest Conservation Act so that Maryland's forests can be protected for future generations. And that was just ONE day!

Traditionally, while the story of Purim is acted out, congregants use groggers (noisemakers), horns, drums and instruments to drown out the name of evil Haman every time he is mentioned. In countless ways IPC’s growing number of faithful stewards are working throughout the Chesapeake Bay watershed to drown out negative forces. Together, we are all working to move forward to a day when all of us – Jews, Christians, Muslims, Buddhists, Sikhs, Hindus, etc. -- are free from environmental oppression. 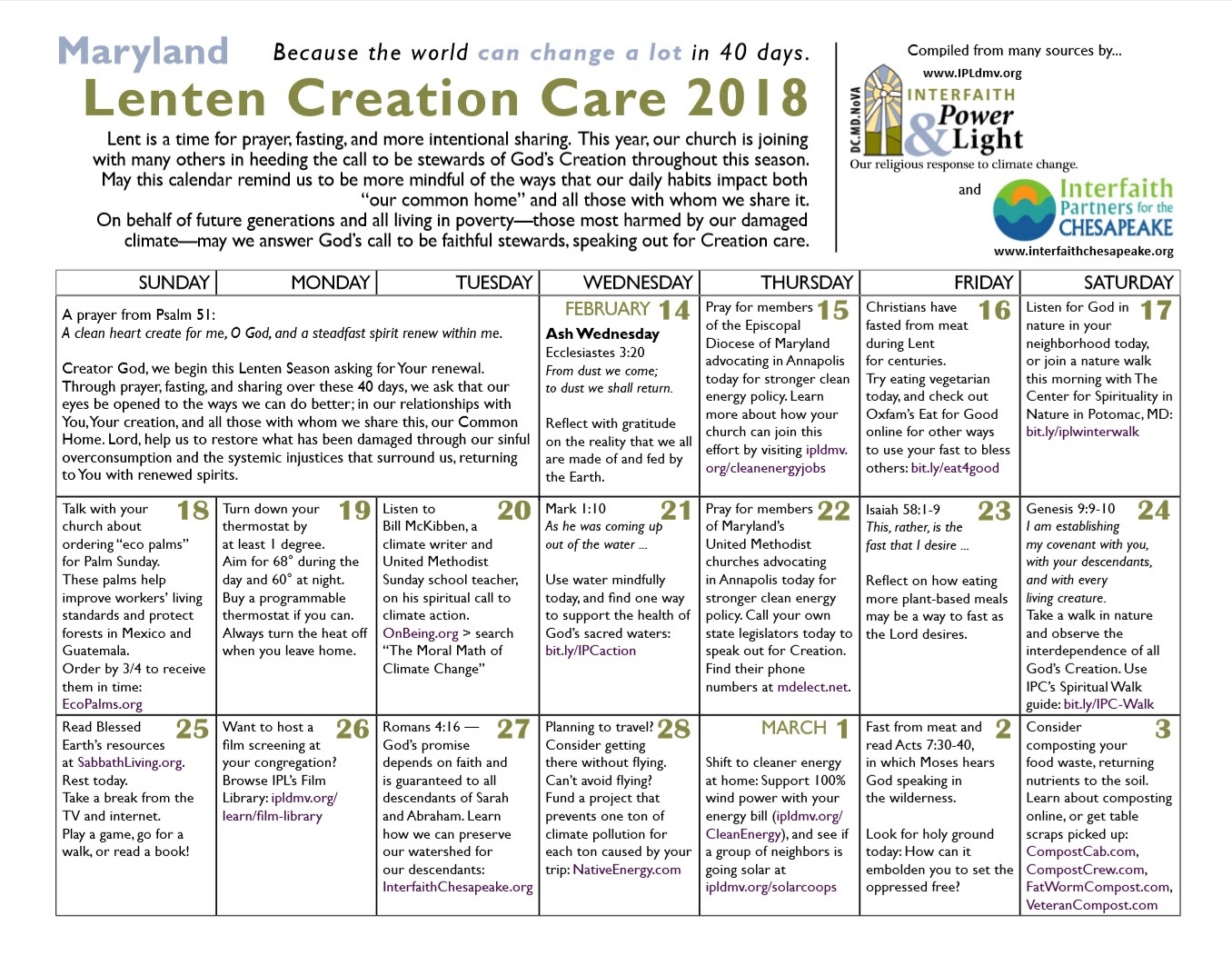 Lent (meaning "spring" in old English) marks a time of preparation and reflection for Christians to pray, fast, and listen more intently for God's presence during the journey toward Easter. Beginning with Ash Wednesday on February 14, and ending with Maundy Thursday, March 29, Christians are reminded of the cycle of life (including mortality) and deep connection to the earth when the words "from dust you come, and to dust you shall return" are recited in the liturgy with the imposition of ashes (from burned palm leaves of previous Easter) on the forehead. Lent's span of 40 days offers Christian communities a time to reflect on how faith can express the biblical call to "keep and tend the garden" (Gen. 2:5) of God’s Creation.

For reflection we invite you use the "Creation Care Calendar" which contains a daily action to take to help to preserve God’s great gift of Creation.

We are grateful for the collaboration on this calendar with Interfaith Power & Light and we invite you to photocopy it double-sided to share with your community as a bulletin insert. 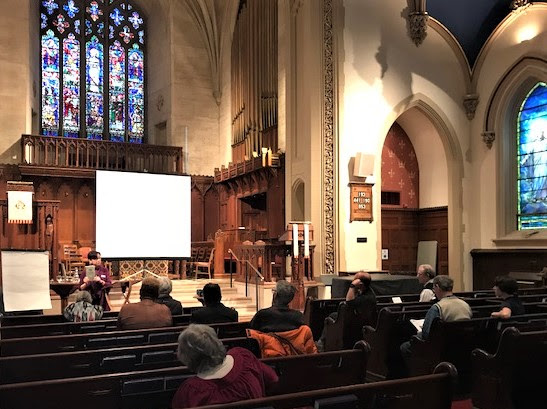 One Water Partnership Green Team Leaders learned how to effect change on a higher level through an advocacy workshop called "Circles of Influence" on February 11th at Brown Memorial Church. Upcoming events include....

If your congregation is in the Jones Falls watershed you can still can join the effort. Email Bonnie Sorak at [email protected] or call her at 443-799-0349 for the details. 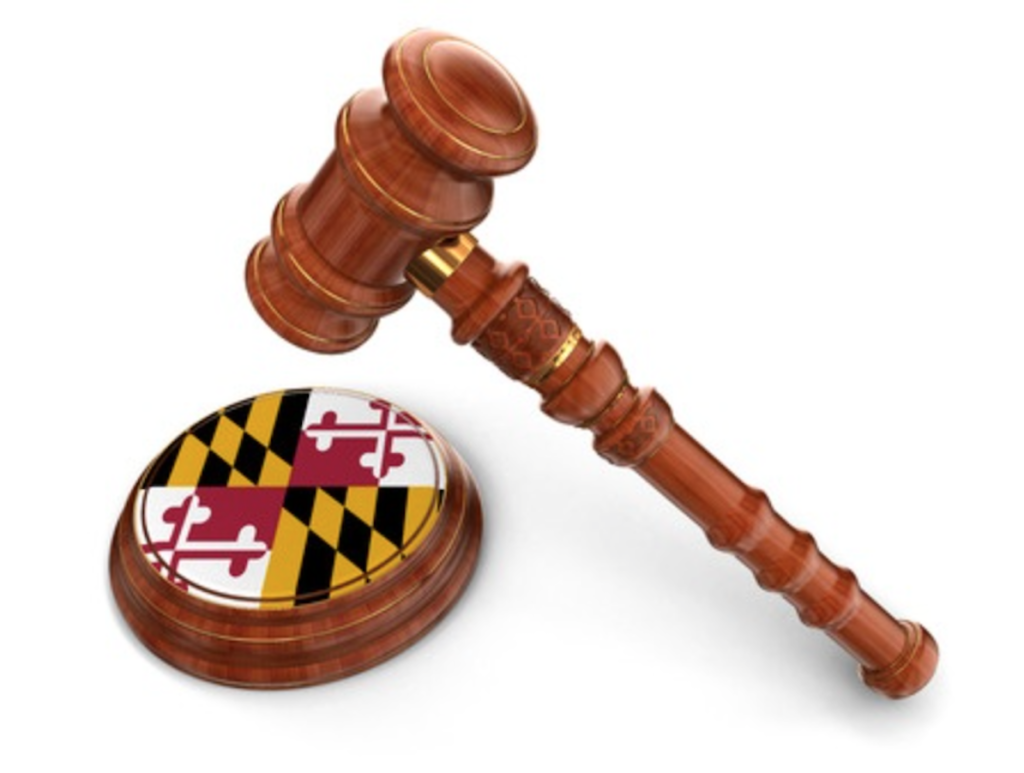 Legislative Actions for This Week

There are a few things to do this week to make your voice heard in response to the current Maryland legislative agenda:

Is your Maryland congregation looking for funds to carry out an environmental or health themed program or in-the-ground project? Then Interfaith Partners for the Chesapeake can help. We are helping the Chesapeake Bay Trust (CBT) to support congregations to apply for CBT Community Engagement Mini-Grants (up to $5,000). Click HEREto go to our website to learn more how we can help and to register. Workshop held at Glen Mar United Methodist Church, 4701 New Cut Rd, Ellicott City, MD 21043 in Room 101. Or contact Bonnie Sorak at [email protected] or 443-799-0349 for more details.

Interested in learning more about how your congregation can save money through the Prince George's County Alternative Compliance Program? IPC staff are offering free one-on-one support to help you achieve reductions in your congregation’s Clean Water fee. This support is paid for by a grant from the Prince George’s County Department of the Environment, but is open to only 10 congregations. Questions? Contact Anna Awimbo at [email protected] or call 410-609-6852. 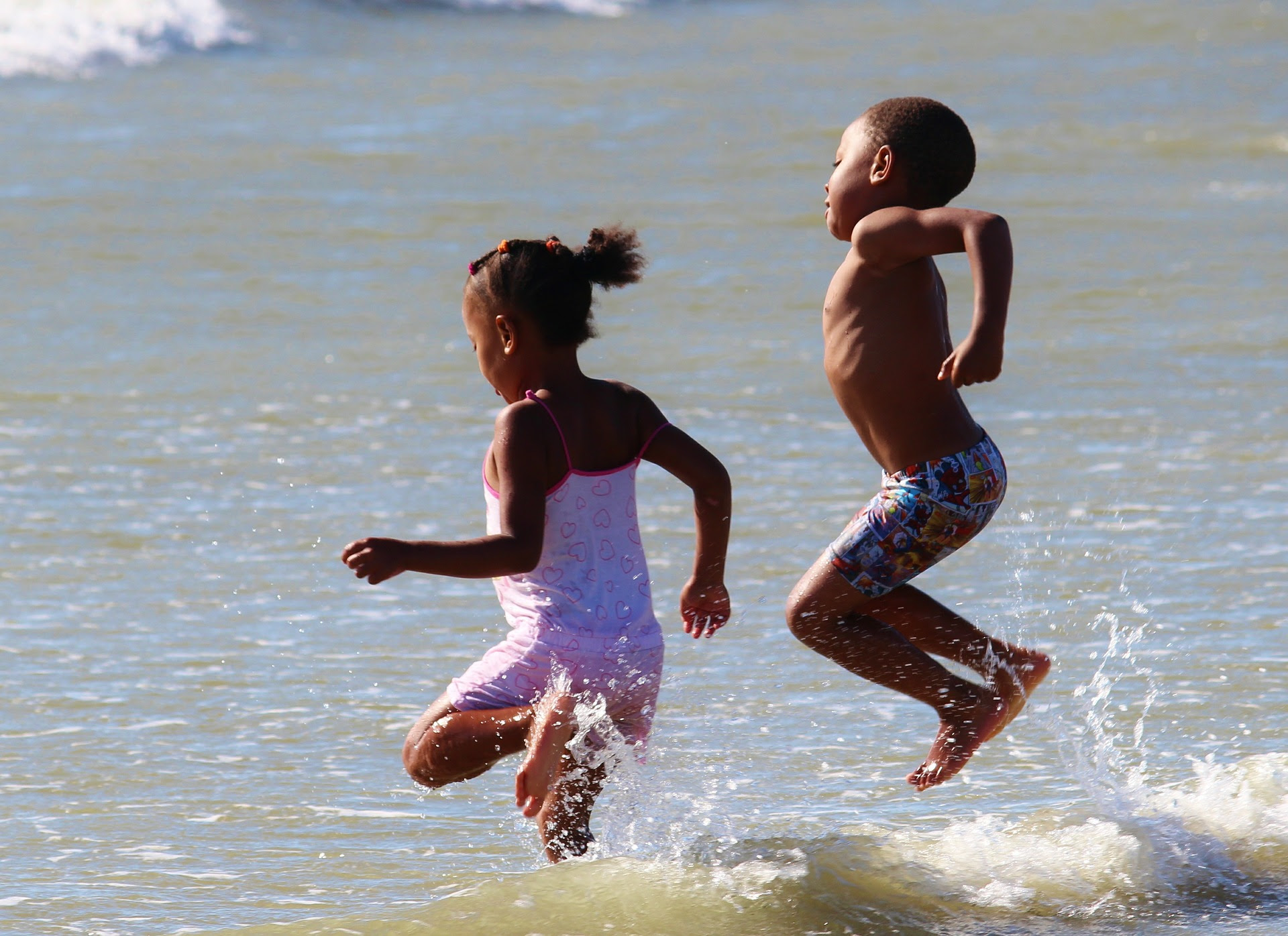 This FREE curriculum and training is focused on caring for God’s waters of Creation within your local watersheds. The trainings are held in three parts.

Is your congregation located in Gaithersburg or Harford County, and has your community been wanting to install a rain garden, plant trees, or tackle some other pollution-reducing project? Chesapeake Bay Trust has funding available immediately for congregational projects that reduce stormwater pollution. For more information or to ask questions, please email Jodi Rose at [email protected].

Unity Gardens’ 2018 Spring Grant Cycle runs through the March 1, 2018 deadline. Grants up to $1,000 each will be awarded to non-profit organizations such as neighborhoods, churches, schools, scout groups and community organizations in Anne Arundel County for environmental projects and education. For more information and to apply, please click HERE to visit the Unity Gardens website. For questions, contact Barbara Dowling at [email protected] or (443) 333-9285.

If you can volunteer with us, please contact Bonnie Sorak at [email protected].