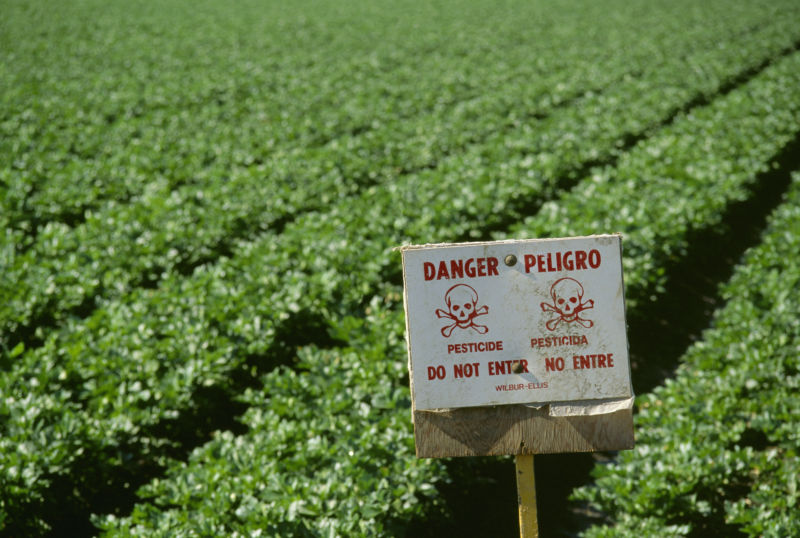 Vision: All Marylanders – especially our children -- will be safer when this extremely harmful chemical is completely banned. Our waterways and wildlife will be protected. Safer alternatives, which are less toxic for humans, will be used to control pests.

What happened during the 2021 session?

What would this Bill Do?

Environmental Justice Implications: Farm workers are in great danger when asked to apply this chemical. Many farm workers are low-income or migrant workers. People living in “food deserts” or those who have lesser means are less likely to have access to or be able to afford organic foods. "Choose life that you and your descendants may live." (Leviticus 30:19) Let's make healthy choices for the farmworkers, the children and all future generations by keeping the soil and waters free of chemicals like chlorpyrifos that damage and compromise their health and our own.

Chlorpyrifos is a toxic 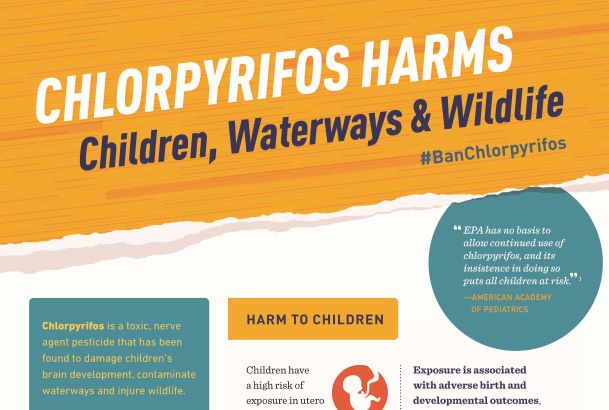 nerve agent pesticide known to harm children's brain development, contaminate waterways and injure wildlife. After years of study, the US Environmental Protection Agency concluded that Chlorpyrifos was unsafe and prepared to ban it. Unfortunately, the EPA recently reversed that decision, putting Marylanders' health and our environment at great risk.

In 2015, after extensive study, EPA scientists confirmed that all uses of chlorpyrifos result in unsafe levels of exposure and proposed banning this pesticide for agricultural uses (it had already stopped being used in the home in 2000). The agency cited the high risk from children's exposure in utero or during critical periods of growth and the link between chlorpyrifos exposure and autism, ADHD and other neuro-developmental issues. EPA determined that children ages 1–2 may be getting exposed to levels of chlorpyrifos on food that are up to 140 times what EPA scientists believe is safe.

Prenatal exposures to this chemical are associated with reduced IQ, loss of working memory, attention deficit disorders and delayed motor development. In addition to EPA’s risk assessment, several studies indicating these effects were also published in 2006, 2011, 2012 and 2015. The American Association of Pediatrics said, in supporting the ban, the “EPA has no basis to allow continued use of chlorpyrifos, and its insistence in doing so puts all children at risk.” Fernando Stein, former president of the American Academy of Pediatrics, said: “Extensive epidemiologic studies associate [chlorpyrifos] pesticide exposure with adverse birth and developmental outcomes, including preterm birth, low birth weight, congenital abnormalities, pediatric cancers, neurobehavioral and cognitive deficits, and asthma. The evidence is especially strong linking certain pesticide exposure with pediatric cancers and permanent neurological damage.”

Chlorpyrifos is also a major concern for the health of aquatic life and the Chesapeake Bay.

Maryland would not be alone in banning Chlorpyrifos:

Tweet
Join me in working to ban chlorpyrifos in Maryland.
Ban on Chlorpyrifos - 2020 Campaign
People of Faith, Protecting the Chesapeake.