Update as of April 15, 2015: A revised version of SB 863 passed both the House and Senate during the 2015 legislative session, and now heads to Governor Hogan's desk. While the legislation allows for counties to decide not to assess a stormwater fee, it was strengthened in terms of holding counties accountable for ensuring they have enough funds to do the stormwater projects required of them in order to meet their MS4 permits. IPC supports this amended version, as did numerous supporters on both sides of the aisle. Click here for the official statement that our coalition released in support of the passed legislation.

Update as of April 1, 2015: IPC and other members of the Clean Water Healthy Families coalition submitted the following testimony at the House hearing for the revised SB 863. The coalition's position is "favorable with amendments" as outlined here.

Update as of March 20, 2015: Due to heavy pressure opposing an all-out repeal of stormwater utility fees, several amendments to SB 863 were introduced that require dedicated funding in each jurisdiction, financial assurance plans from counties stating how their improvement projects will be funded, and penalties if the financial assurance plans are inadequate. The revised bill passed unanimously in the Senate, and now heads to the House.

Update as of March 16, 2015: 3 of the repeal bills were killed in the House in early March. The 4th repeal bill is Senator Miller's Bill, SB 863. Public influence in terms of letters/calls to your senators, letters to your editor, or op-eds in your local paper are very important at this time. Elected officials do pay attention to these.

Update as of March 13, 2015: A poll of Marylanders found that by and large people still think they're being taxed on rain that falls from the sky. Read the summary of this poll and help your neighbors, family, and friends understand what stormwater is and what the stormwater fees really are.

God makes the rain, but we make the runoff.

When rain falls on streets, parking lots, driveways, sidewalks and roofs it picks up chemicals and sediments and becomes polluted runoff.  Learn more about polluted runoff and why it is a threat to our streams, rivers, drinking water and the Chesapeake Bay. 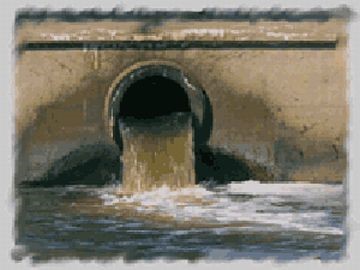 As one approach to caring for and protecting God’s Creation, IPC supports HB 987.

Rain falls on forests and fields as well as city streets and church parking lots. Rain cannot be taxed. Pollution is created by humans and at a cost to the Earth and its inhabitants. We are also called to preserve natural resources for those who will come after us. God trusts us with this responsibility, and has given us the space to do what is right. No landowner is exempt from this responsibility.

IPC cannot make judgments for places of worship about what they should be able to afford regarding the fees; however, full exemption from fees implies they have no responsibility, which we disagree with.  IPC stands for the obligation of all congregations to be responsible for pollution they generate.

To follow more closely the effort to keep the Watershed Restoration and Protection Act in-tact, you may wish to connect with Clean Water Healthy Families Coalition.